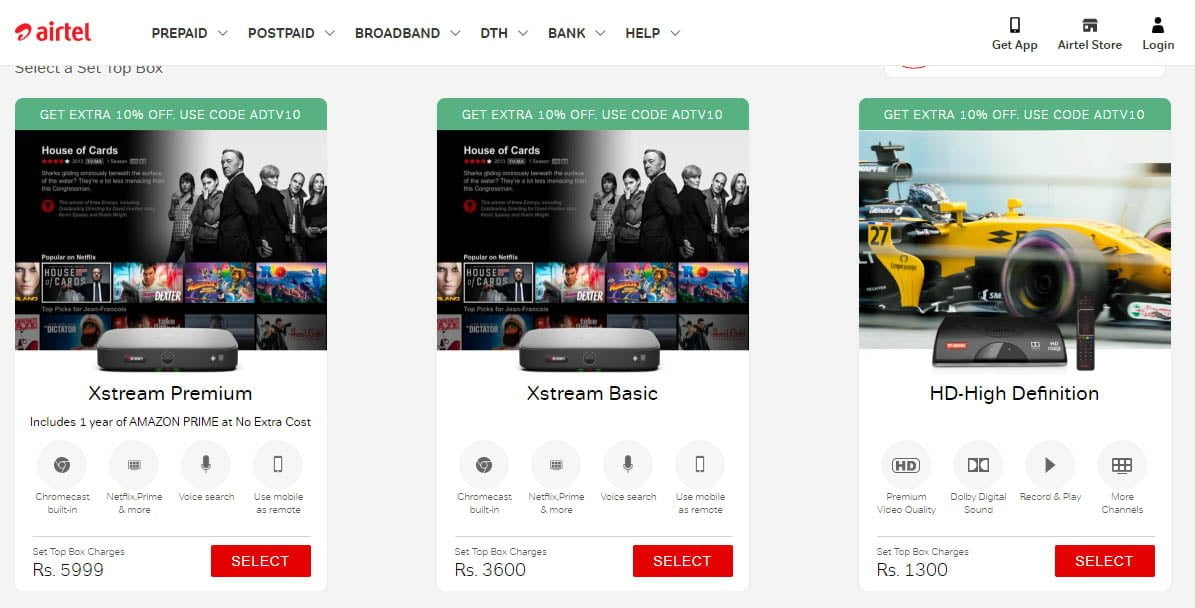 The introductory offer has been rolled out earlier this morning which went live post the stroke of midnight at around 2 AM. The combo offer is not mandatory with Airtel leaving it to the wisdom of the new customer to go with the option to avail the combo offer or not.

Xstream Basic combo allows the customer to buy the Rs 1699 combo which is available on both new connections for non-Airtel users as well as for those using the Airtel Xstream Thanks Offer which offers the same combo at the same price.

The bundle carrying Amazon Prime is currently seemingly only limited to connections bought with Xstream Premium. The listings for Airtel Xstream Thanks offer are currently not showcasing any option to take Amazon Prime.

You have to pay another Rs 462 as the monthly charge while buying the connection which can be changed at any point in time. This applies to both Xstream Basic and Xstream Premium connections.

Until yesterday a new Airtel Xstream Box connection costed Rs 3999 with Airtel offering 1 month of HD subscription package priced at Rs 370. Airtel will now only offer 7 days package with the customer shelling up the monthly charge.

Airtel however recently offered 1 year Airtel Xstream Premium Plan subscription to its existing DTH customers with messages sent out to customers informing about the successful activation for 365 days.