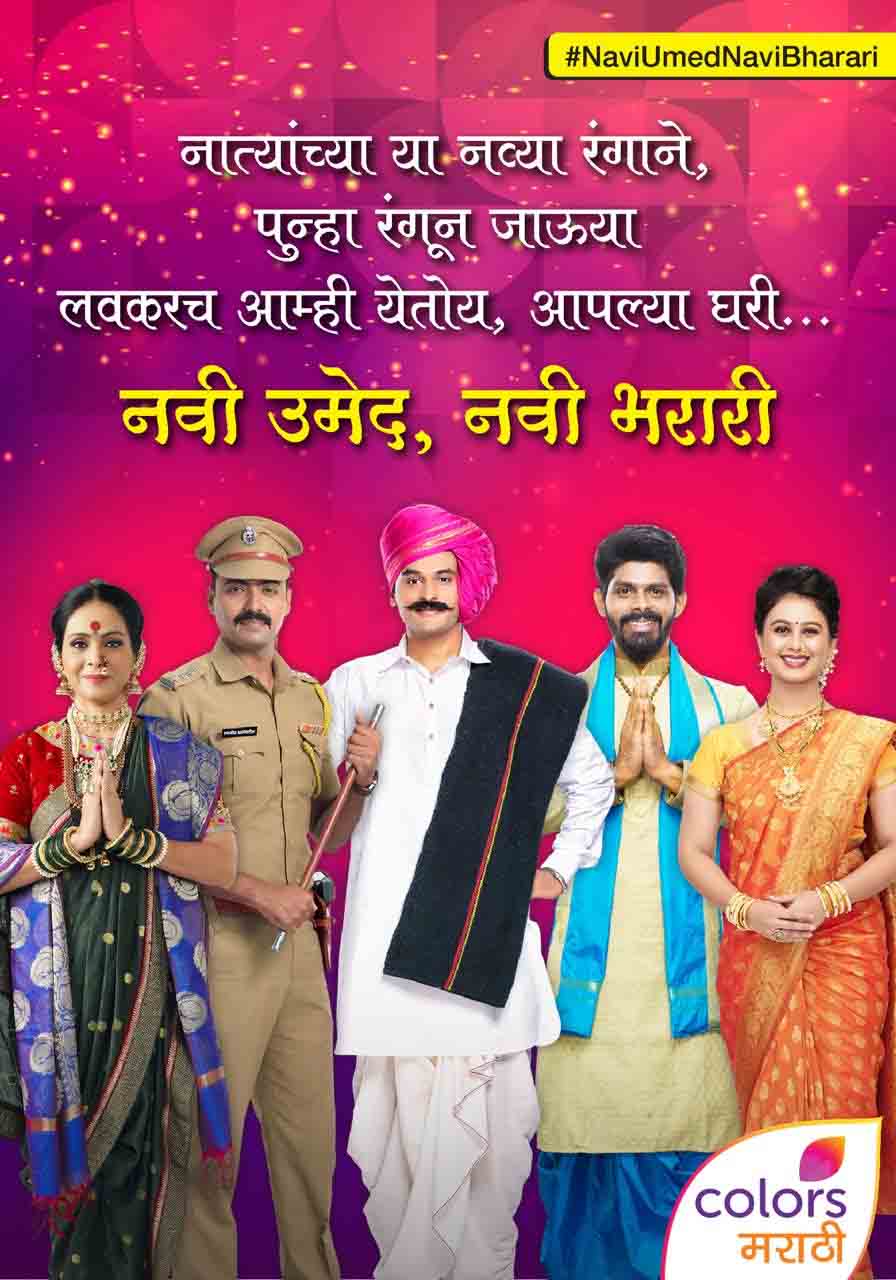 In May, Colors Kannada and Colors Tamil announced their comeback with new episodes and now Colors Marathi is also set to return with fresh offerings for its viewers starting mid-July with new episodes of its existing shows and a brand new ethos.

Starting mid-July, the channel will present to its viewers fresh episodes of its existing shows Raja Ranichi Ga Jodi, Balumamachya Navana Changbhala, Jeev Zala YedaPisa, Swamini, Sukhachya Sarini Hye Maan Baware, among others. Colors Marathi has also said that it will further strengthen its line-up with the launch of shows such as Sundara Manamadhye Bharli, Sakhhe Shejari and JayJay Swami Samartha in the coming months.

The channel is launching a new brand promise​ ‘Navi Umed, Navi Bharari’​ as well that means ‘The wings of new hope’ summarizing the channel’s promise of enriching the lives of its audience with meaningful entertainment in a brand new avatar. The new tagline also promises to empower and provide new hope and positivity to its viewers during these challenging times.

Capturing the need for a fresh start amidst the unprecedented situation while riding on the colors of love, faith, bond and friendship, Colors Marathi has also launched an integrated marketing campaign which is aimed at touching souls with shows that have ruled the hearts of its viewers for years and with brand new content which will be launched in the coming months.

On returning with fresh content in a new avatar,​ Nikhil Sane, Business Head, Marathi Entertainment, Viacom18, said:​ “COLORS Marathi has always focused on narrating stories in a relatable manner along with a cultural essence. In these extraordinary times, the channel has stayed true to its promise of not only keeping its viewers engaged and entertained at all times, but also strengthening its bond. With our new tagline​ ‘Navi Umed Navi Bharari’​ we are not only determined to stay connected with our audiences, but also bring to their screens their favorite shows that they have missed over the past few months. We are also working on a line-up of new shows that we will launch very soon. We are certain that together these initiatives will strengthen our relationship even more.”