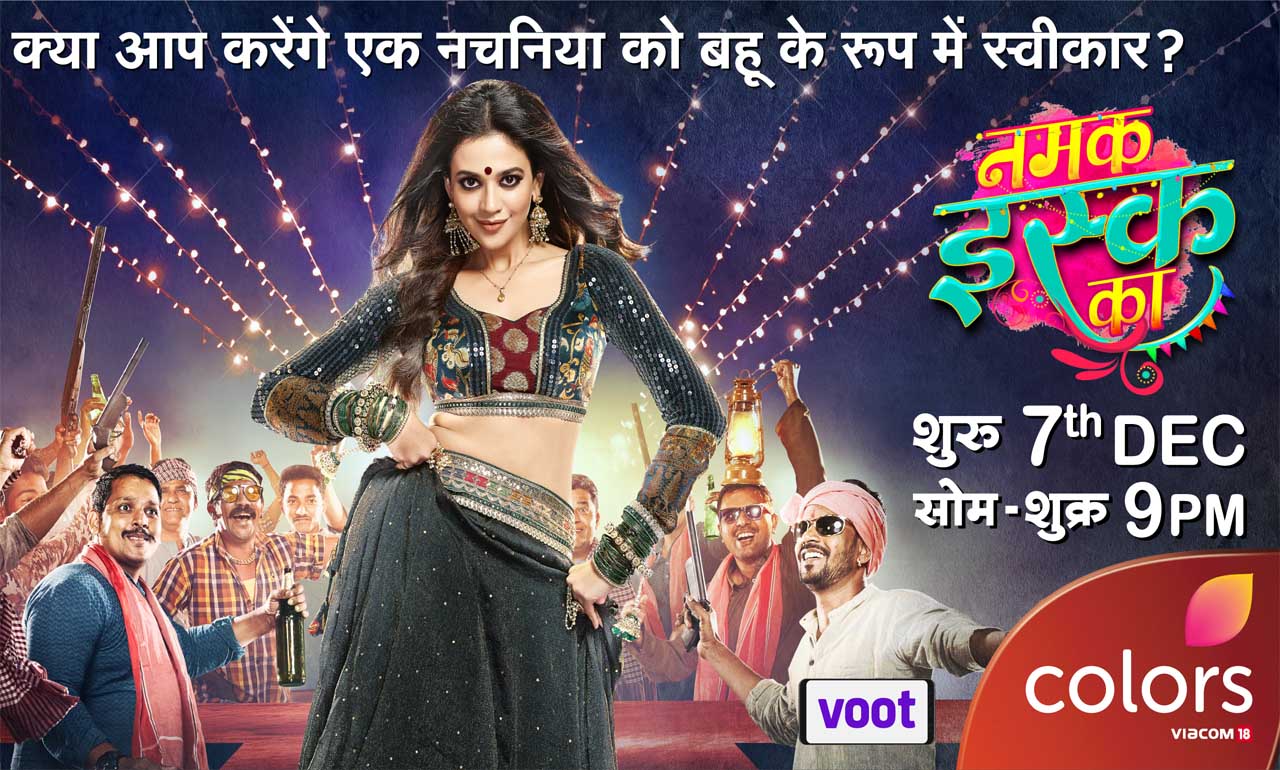 COLORS is all set to strengthen its prime time offerings with ‘Namak Issk Ka’ which will start airing 7th December onwards from Monday to Friday at 9 PM on COLORS. The heartfelt romantic drama is based in the heartland of Bihar which is a story of Chamcham who is looked down for her profession but in a twist of fate is married into a reputable family in Mumbai. She tries to fend off prejudice setting out on a journey of finding her footing in the new family and eventually love.

The show has been produced by Gul Khan and co-produced by Dipti Kalwani starring Shruti Sharma as Chamcham and the famous Bhojpuri actor Aditya Ojha as Yug Pratap Singh. Chamcham, the famous professional dancer or Nachaniya sets the stage on fire with her impeccable dance moves.

“In these challenging times, we at COLORS have strived to keep our audience entertained with variety content and launched several shows across genres including Ishq Mein Marjawan, Pinjara, Bigg Boss and Molkki. To strengthen our prime time line up further, we are adding another unconventional show to the mix. We are excited to launch Namak Issk Ka, a romantic drama that will chronicle the life of Chamcham, a stage dancer as she fends off prejudice and finds love.”

Chamcham dreams of a reputable and happy life but is always met with grimaces and criticism because she is a professional stage dancer a ‘Nachaniya’ from Bihar’s small town. She loves emulating all Bollywood heroines dance moves that translated into her becoming a dancer. Her life throws another curveball at her when she gets married to an affluent businessman Yug Pratap Singh as her life takes a strange turn magnifying her trouble.

Commenting on the concept of the show, Manisha Sharma said, “Namak Issk Ka is a refreshing and heartwarming love story that touches upon various aspects. The character of Chamcham, a Nachaniya from Bihar, her journey to find love and respect, and the chemistry between two striking personalities is what sets the tone of the show and makes it stand out. We are excited to associate with Gul Khan who has done some incredible work in the past, and look forward to entertaining our viewers with exceptional storytelling.”

COLORS is looking at a 360 degree campaign including radio, out-of-home, and on-ground activation consisting of a week-long campaign playout across Hindi News, Hindi Music, and Regional genres including Bhojpuri channels in order to tap into the local audience keeping in mind the theme and setting of the show with a 7-day Bhopu activation initiated wherein a fully decked-up jeep with show branding will roam around the key cities of UP, Bihar, and Haryana promoting the show.

Uday Shankar is the President-Elect, FICCI for the year 2020-21