BJP MP from Mathura and Bollywood dream girl Hema Malini met with accident when her car collided with another car on Agra-Jaipur National Highway-11 near Dausa at around 9 pm on Thursday. The accident site is around 60 km from Jaipur.

One minor girl, Sonam (4), travelling in the Alto car that collided with Hema Malini's Mercedes, was killed and four others travelling in the same car were injured. "A four-year-old girl died in the accident and five others, including Hema Malini, are injured," said Anshuman Bhomia, superintendent of police, Dausa.

Hema Malini was on her way to Jaipur from Agra. She was admitted to Fortis Hospital, Jaipur. Injured were identified as Seema (40), Hanuman (38), Shikha Devi (35) and Somil (5). Sonam, who died in the accident, was daughter of Hanuman and Shikha. Shikha Devi and her son Somil were rushed to Sawai Man Singh hospital in Jaipur and the other two were admitted to Dausa district hospital. Both of them have critical injuries on the head and other parts of the body, said Rajesh Tyaagi, Deputy Supeintendent of police, Dausa.

According to sources, "The MP has a cut near the eyebrow and is complaining of back pain. She is conscious and walked into the hospital on her own. She is able to talk. A team of plastic surgeons, neurosurgeons and emergency specialists are attending to her. She will be thoroughly examined. Imaging tests will be carried out to rule out any internal injury."

The family in the Alto car was on its way to Lalsot town in Dausa district while Hema Malini was comming from Agra to Jaipur. A few locals tried to block the highway, which was averted by the local police.

Tyagi said that at the time of collision, the air bags of the Mercedes were inflated. Hema Malini was sitting on the back seat of the car, as blood stains were also found from the back seat."

Police has registered a case against Hema Malini's car driver under section 304-A (causing death due to negligence) of IPC. "Hema Malini was rushed to Jaipur in another car that we organized immediately and the other injured were taken to the local district hospital," said Tyagi. Out of the injured, two were later brought to Jaipur's SMS hospital.

Agra-Jaipur NH-11 has been notorious for accidents. Congress Rajya Sabha MP Ashq Ali Tak was injured recently in a similar accident. Rajesh Pilot was killed in an accident in 2000 near the same place where Thursday's accident took place.

Some images of the accident

So sad, get well soon
A

My daughter may have survived if she was taken to hospital with Hema Malini, father says 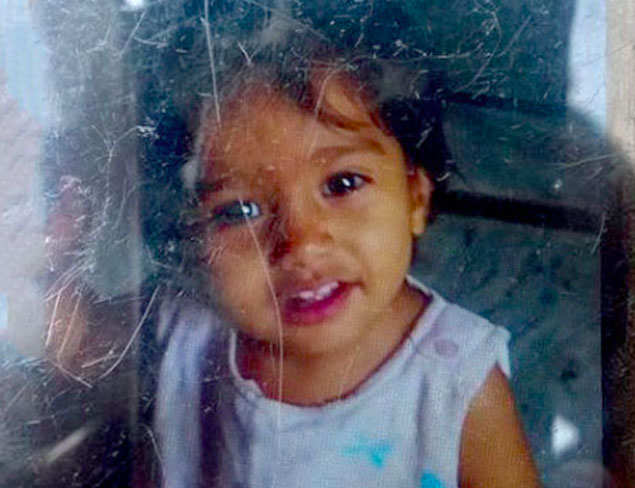 Trips to Jaipur for the Lalsot based Khandelwal family were common and always fun. They expected the one on Thursday night to be just the same until the car collision which left their life devastated.

The family's youngest member Chinni lost her life while the remaining four travellers were left injured and are undergoing treatment at Jaipur's SMS Hospital. The Khandelwals were occupying the car with which MP Hema Malini's car collided on Thursday night.

The family members alleged that they were not treated like the way, the other victims in the other car. "Hema Malini was straightaway rushed to hospital in Jaipur but we were sent to Dausa's district hospital," Hanuman's cousin Rajiv Gupta said.

Khandelwal has a business of tyres and he occasionally came to Jaipur for business purposes. "Every purnima, I come to Jaipur closing my shop for a day. It was a purnima but it was fateful. I come to Jaipur by car and such incident never happened," he said.

31-year-old Hanuman Khandelwal, his wife Shikha, his sister in law and son Soumil are still in shock.

"Agar woh doctor meri gudia ko bhi Hema malini ke saath hospital le jate, to shayad woh zinda hoti (had the doctor, who took injured Hema Malini to hospital, taken my daughter along with him, she would have been alive), Khandelwal said.

A doctor, who was passing by, had driven the actor-turned-politician to hospital in Jaipur.

''I can remember before drifting to unconsciousness that ahead of my car, there was a Wagon R, which crossed the road. I was driving the car at almost negligible speed. I took a turn to Lalsot on Jaipur-Agra road but within seconds a speeding Mercedes rammed into my car. After that what happened I did not remember. I have lodged an FIR against the driver of Mercedes for overspeeding and rash driving," he said.

Just before accident, they were listening to songs, he recollects. ''My daughter, Chinni was sitting in her mother's (Shikha's lap) on the front seat. She was trying to snatch my phone to play. She loves phones," he said while talking to TOI at the hospital.

Before the accident, she went to sleep in her mother's lap and never woke up again. "She was a loving daughter. I have a 6-year-old son Soumil but whenever I enter my house, she was the first one to rush towards me to hug me. When she was born, it was just like Diwali in our family," Khaldelwal said.

The accident has snatched happiness from his life. "On July 29, we were planning for a celebrate birth of my sister's son. The family was in a mood of celebration. I purchased gifts in the day. At the time the car collided, it was full with gifts for my sister and her baby," he said.