Amitabh Bachchan back in RGV's department

After much speculation and reports of a cold war between the Bachchans and Ram Gopal Varma, it seems, things are in control. 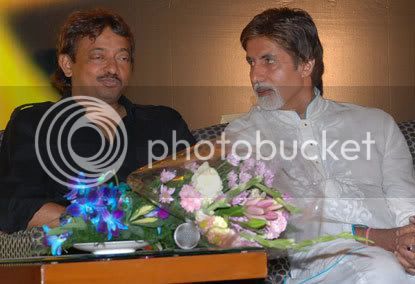 Not only did RGV rubbish this as rumour, he also said that he respects the Bachchans and shares a very good relationship with them. On Wednesday night, it was reported that RGV had met the Big B at his residence.

The next morning, Varma revealed it in an online post, "Am mighty excited bout the role Mr. Bacchan is playing in `Department`..he's playing a gangster turned politician." Describing Bachchan's role, the excited filmmaker added, "Imagine the `Agneepath` character turning over a new leaf and yet to have the same hard intensity and been there done that knowhow."
We hope all is well now!