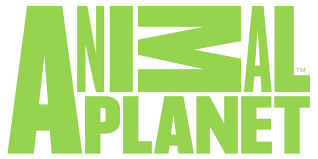 Embark on a journey to Kenya's Masai Mara with wildlife adventurers Simon King and Jonathan Scott as they reveal interesting traits of the some of the animal kingdom's most skillful hunters, the wild cats. Get to know the lions, cheetahs and leopards in their natural environment as their hunting techniques, social behaviour and pride life are uncovered in Animal Planet's series BIG CAT DIARY.

Animal Planet follows the exploits of Africa's big cats and provides a completely new perspective on them in BIG CAT DIARY, airing on Animal Planet every Friday at 9pm.

BIG CAT DIARY follows Simon King and Jonathan Scott as they return to the Kenyan game reserve after two years to track down three big cat families in the varied terrain of Masai Mara to see how they have fared in their absence: the Marsh Pride of lions, Amber the cheetah and her now-grown cubs, and Shadow the leopard with its new cub.

The series further showcases the alliance between the old male of the Marsh Pride of lions and his offspring as they are put to the test by angry elephants. The male lions fight for dominance to be the king of the jungle, taking no prisoners. Jonathan Scott tracks down Shadow the leopard and her new cub who go missing after a confrontation with a furious male leopard.

Night filming reveals remarkable nocturnal behaviour bringing a new viewpoint on their lives in BIG CAT DAIRY. This fascinating parental role of the wild cats and other behaviour shows how a new understanding of their lives is the secret to ensuring a successful future for this magnificent animal.