The latest data from the Broadcast Audience Research Council (BARC) shows that Polimer News leads the pack in Tamil Nadu and Puducherry, Asianet News in Kerala, TV9 Telugu is number one in AP and Telangana, while TV9 Kannada in Karnataka draws the largest audience. However, in the last few weeks, all genres across all states, and not just news, lost TV viewership to the IPL. 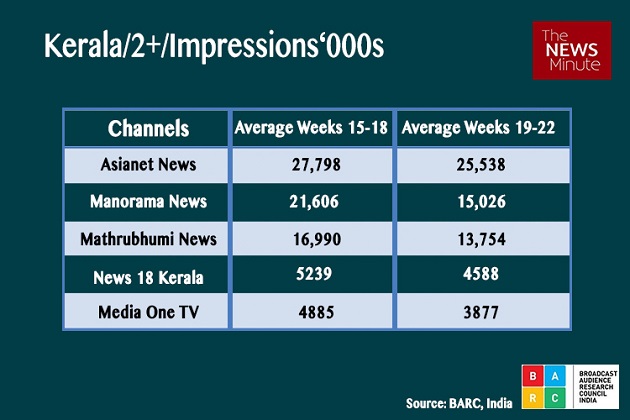 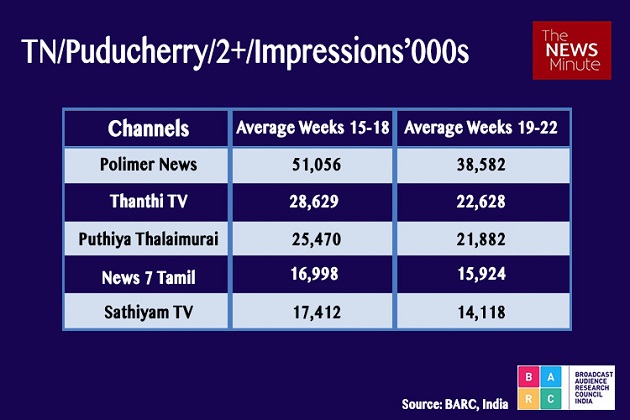 Segment-wise breakup of BARC’s data in Tamil Nadu and Puducherry shows that the viewership for the Tamil news genre fell by 3% from an average of 2.96 billion impressions for weeks 15 to 18 (April) to an average of 2.86 billion for weeks 19 to 22 (May) in 2017.

Significantly, Polimer has 70% more viewer impressions than Thanthi TV, which has the second highest viewership in Tamil news. Puthiya Thalaimurai comes in third with an average of over 21 million impressions per week.

However, there have been several allegations against Polimer TV, whose owner also own a large TV cable distribution company in West TN, of tampering with the data. 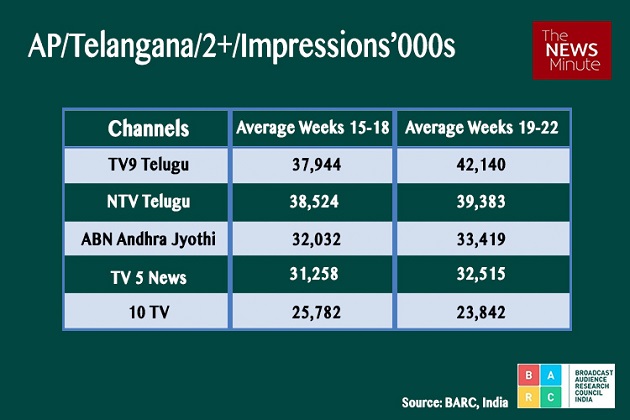 But while Telugu news genre on the whole witnessed a small drop in viewers, the top four channels bucked the trend, gaining more impressions on an average in May. 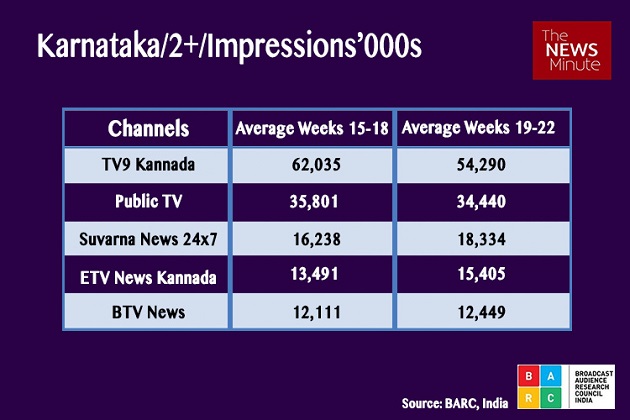 BARC data showed that the audience for Kannada news has remained stable at an average of 1.64 billion impressions per week for the months of April and May.

Now we can see power of star sports1 tamil, while launching some people told channel will not succeed...but its beated Ten1[emoji33]

After renamed star sports3, its huge succeed compare to before...

Selva Jay said:
Now we can see power of star sports1 tamil, while launching some people told channel will not succeed...but its beated Ten1[emoji33]
Click to expand...

Hope it will come soon in top 10 position[emoji1]

[QUOTE="JollyLNB]
Is DD National in the top 10 because of Champions Trophy? :huh[/QUOTE]
Yes