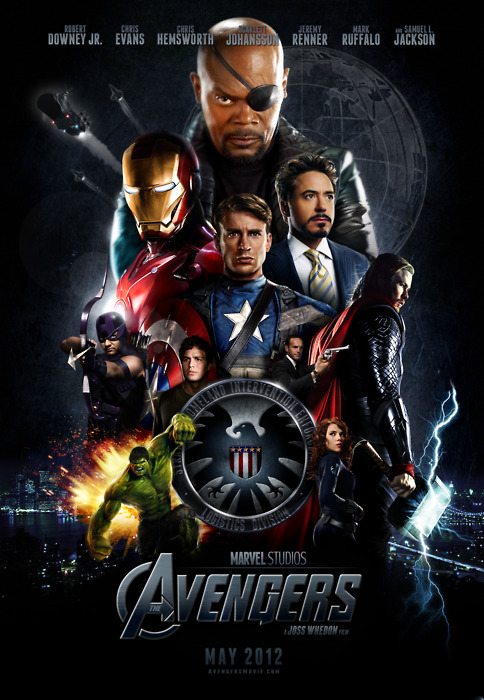 'The Avengers' has broken another box-office record, raking in 103.2 million-dollar in its second weekend in US and Canadian theatres.

The superhero movie is now the first in Hollywood history to collect more than 100 million-dollar in its second weekend of release.

It is the film's second record, after scoring the biggest-ever US opening weekend, with takings of 207.4 million-dollar.

The blockbuster sees a team of Marvel comic-book heroes team up to fight an extra-terrestrial threat.

Among the cast are Robert Downey Jr, Scarlett Johansson and Chris Hemsworth - who have also appeared in previous Marvel movies as Iron Man, Black Widow and Thor, respectively.

Their spoof horror movie, which opened on Friday, made an otherwise-respectable 28.8 million dollars, taking second place at the box office.

Romantic comedy Think Like a Man finished in third place with ticket sales of 6.3 million dollars.

The Avengers was directed and co-written by Joss Whedon, creator of the TV series 'Buffy The Vampire Slayer'.

An Oscar-winner for his work on Toy Story, Whedon has had a notoriously rough decade - with TV series 'Firefly and Dollhouse' cancelled, and his horror film 'Cabin In The Woods' delayed by three years due to financial trouble at MGM.

After 'The Avengers' took 207.4 million dollars in the US last week - the biggest opening weekend on record - Whedon posted a public letter on his website, thanking his supporters.

"Topping a box office record is super-dope," the BBC quoted him as writing on his website.

"People have told me that this matters, that my life is about to change. I am sure that is true. And change is good - change is exciting.

"What doesn't change is that I've had the smartest, most loyal, most passionate, most articulate group of - I'm not even gonna say fans. I'm going with 'peeps' - that any cult oddity such as my bad self could have dreamt of," he wrote.

in the US box office, 'The Hunger Games' held on to the number four spot, bringing its total domestic takings to 388 million dollars.

Zac Efron's romantic drama 'The Lucky One' was at number five, while two British films took spots in the top ten.

Yeah me too, love nice.

Its indeed a nice watch...watch it guys
You must log in or register to reply here.