SS Rajamouli’s film Baahubali 2 has achieved a rare feat. The film has become the first Indian movie ever to collect Rs 1000 crore. Baahubali 2 has collected around Rs 800 crore in Indian and Rs 200 crore in the overseas market, making it highest grossing Indian film ever. Trade tracker Ramesh Bala confirmed the same and tweeted, “With ₹ 800+ Cr in India and ₹ 200+ Cr in Overseas, #Baahubali2 becomes the 1st Indian movie to do ₹ 1000 Cr @ WW BO.. ?? #1000croreBaahubali.” 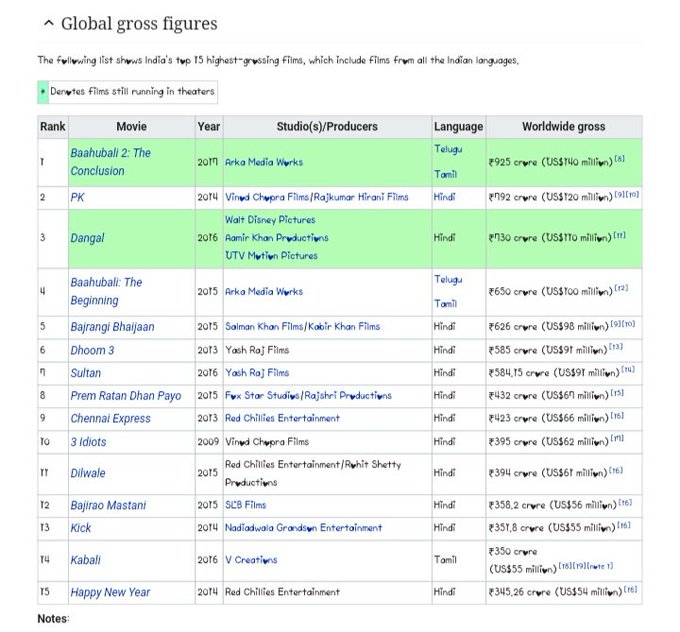 Baahubali on Twitter: "This day will be remembered in the India Cinema History. Thank you all for your great support..??? #1000croreBaahubali ...
J