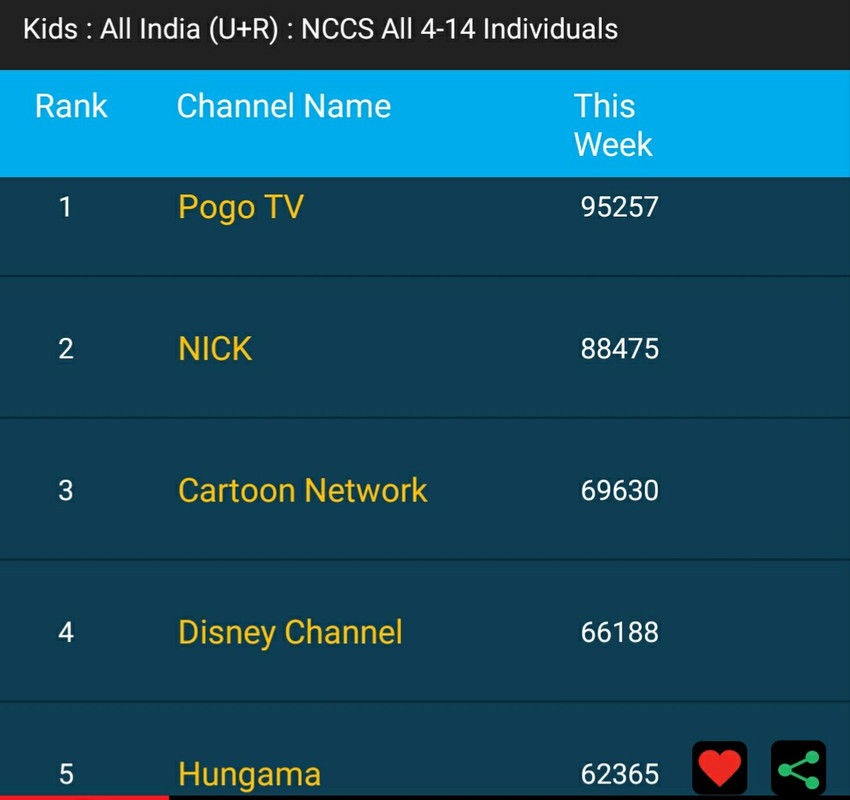 Nearly all dth gives cartoon network in base pack .. still it cant get no1 place . This shows how crap this channel has become . We miss old cartoon network

R
Nick back as number one kids channel : BARC Week 19