Did you know that there is one film of Aamir Khan, which he says is the closest to his heart, and could not be release in the theatres? Aamir says that this movie unlike others is not fiction but a real life film. This June, &pictures, India’s premium television movie channel, known to be airing path-breaking content and helping viewers come closer to their favourite stars is taking a step further by releasing Aamir Khan’s first unreleased movie on your television screens. The actor known to be a perfectionist in every aspect is all set to showcase his only unreleased film on Sunday, 8 June 2014 at 8:00pm.
This first unreleased movie of the actor - superstar is not a regular Bollywood run-of-the-mill film. Full of drama, love, dreams, action and tragedy, this movie showcases real content. It is different and engulfs Aamir’s feelings, hard-work and dedication, and includes entertainment in the truest form!
There are a lot of firsts to this initiative… the channel known for providing ground-breaking interactive content to its viewers will now create a first time record of a LIVE interactive initiative with the only unreleased movie of Aamir Khan. This movie of the suave actor will see the channel giving a chance to select lucky winners across India to watch the film with Mr. Perfectionist. Also for the first time ever, the stellar actor Aamir Khan will be taking LIVE Call-in’s and answering questions to his fans during the breaks of the film. He will be interacting with his admirers and will give them a chance to ask him about his experience and talk to him about the movie, his performance and more!
Commenting on this initiative, Akash Chawla, ZEEL Marketing Head, National Channels says, “We are very excited to have Aamir Khan on &pictures in the first ever LIVE conversation with audiences. This is truly India’s first ever initiative by any movie channel. Less than a year old, it is a matter of great pride for &pictures to have Aamir Khan on board for this amazing film. I am sure our viewers will love this novel concept.”
Ruchir Tiwari, ‎Deputy Vice President -Head of Programming, ZEEL – Hindi Movie Channels said, “We are absolutely delighted to be the channel that is spearheading this unique initiative. We constantly strive to carve a niche for &pictures and establish it as an interactive channel through its programming and content.”
You don’t want to miss an experience that will go down in the history of Indian television, an experience that is revolutionary and radical!

I also watched this ad.


Deep.S said:
I also watched this ad.
Click to expand...

Is this is a indirect way to say that Zee boughts Aamir's next PeeKay :sp :sp 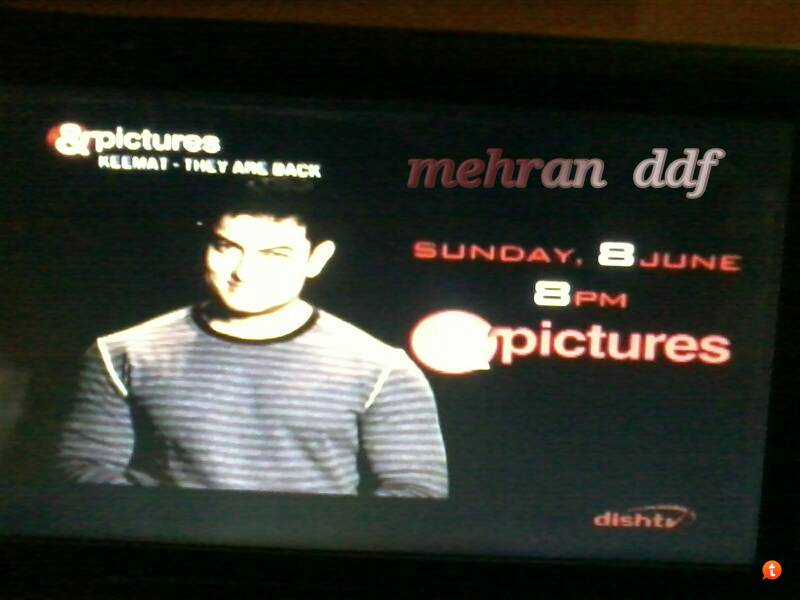 Eagerly waiting for this movie :sp :sp :sp
Thanks to &pictures :k

Kannadigas should not hate Salaar Movie
2