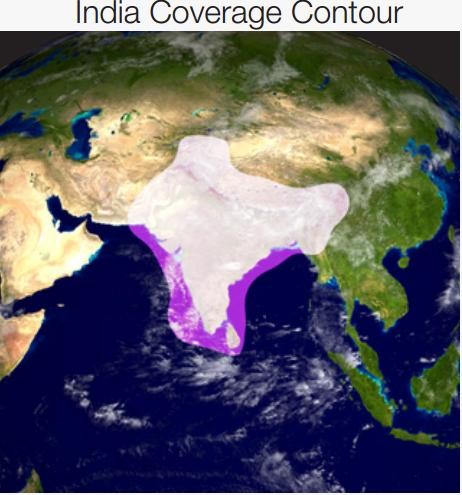 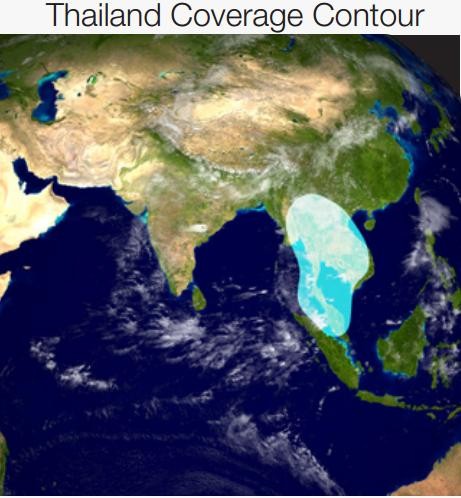 PARIS â€” A SpaceX Falcon 9 rocket on May 27 successfully placed the Thaicom-8 commercial telecommunications satellite into geostationary transfer orbit in the fifth of what SpaceX has said would be a year with up to 18 launches.
SpaceX and satellite builder Orbital ATK confirmed Thaicom-8â€™s successful separation in orbit. Orbital ATK said the satellite was sending signals post separation.
Operating from the Cape Canaveral Air Force Station, Florida, the vehicleâ€™s first stage returned to a successful landing on an offshore drone ship. It was the fourth successful recovery of a Falcon 9 first stage and the third consecutive drone-ship recovery. It was also the second successful drone-ship landing following a mission carrying a commercial satellite to geostationary-transfer orbit, which means handling higher speeds and temperatures as the stage turns around and heads back to Earth.
Thaicom 8, weighing about 3,100 kilograms at launch, is a GEOStar-2 spacecraft built by Orbital ATK of Dulles, Virginia. While Hawthorne, California-based SpaceX has struggled to keep to its launch schedules, especially after a June 2015 launch failure that shut down operations for six months, the Thaicom-8 launch occurred within the launch window that Thaicom and SpaceX had set in May 2014.
The May 27 launch makes Thaicom the third commercial geostationary satellite operator to return to SpaceX. The Thaicom-6 satellite was launched by an earlier-version Falcon 9 in January 2014. SES of Luxembourg and AsiaSat of Hong Kong have also launched twice with SpaceX.
Thaicom 8 carries 28 Ku-band transponders and will operate from Thaicomâ€™s most successful orbital slot at 78.5 degrees east. The Thaicom-6/Africom-1 and Thaicom-5 satellites are also stationed there.
SpaceX founder, Chief Executive and Chief Technology Officer Elon Musk said in a Twitter post after the launch that the â€œ[r]ocket landing speed was close to design max & used up contingency crush core, hence back & forth motion. Prob ok, but some risk of tipping. Crush core is aluminum honeycomb for energy absorption in the telescoping actuator. Easy to replace (if Falcon makes it back to port).The crush core in the Falcon legs is reusable after soft landings, but needs to be replaced after hard.â€

Good info, but how the 2nd beam is useful?

thats all for the world?

Indian beam is having Ku band or C Band?

vijay mahanta said:
Good info, but how the 2nd beam is useful?
Click to expand...

well, other thaicom sats are also having same beam... covering Thailand/indonesia.. but signals come in India as well.
Thats why I m predicting, this beam will be avail in India :k

shawl_who said:
well, other thaicom sats are also having same beam... covering Thailand/indonesia.. but signals come in India as well.
Thats why I m predicting, this beam will be avail in India :k

Then it is great !! But we have to wait and see for FTA

Good news & update bro, thanks for maps..
You must log in or register to reply here.