I am not getting married, says Preity Zinta

Actress Preity Zinta has put to rest rumours about her marriage. The star took to social media to tell her fans that she is "not getting married in January".
It was reported that the 'Soldier' actress will be tying the knot with her American beau Gene Goodenough in January.
Preity also promised her fans and followers on Twitter that she would share her marriage plans "as and when" she does it. 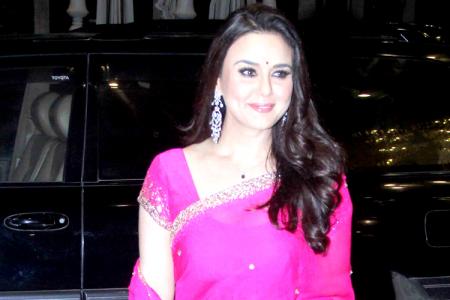 "Also it's getting a bit weird telling people that I'm not getting married in January... I promise I will tell you all as and when I do! Ting," Preity tweeted on Friday night.
The 40-year-old actress, who co-owns the Indian Premier League (IPL) cricket team Kings XI Punjab along with her former beau Ness Wadia, was last seen on the small screen judging the dance reality show 'Nach Baliye 7'.

Good News for you @4K bro

She got heartbroken by Yuvi's marriage news..

Preity Zinta: Ishkq In Paris is NOT a comeback