The world's smallest antenna leads to possibilities of where users can easily install one at home, and improve Wi-Fi coverage without succumbing to drops in data rates! 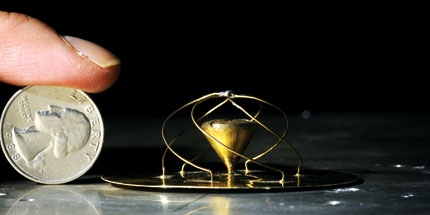 Academician Professor Srikanta Pal, from Birla Institute of Technology in Mesra, along with his research scholar Mrinmoy Chakraborty, claims to have developed the world’s smallest antenna.

The antenna, which measures just 14mm x 11mm, is an ultra-wideband (UWB) planar type that can find applications in both homes and military.

"Our antenna is the world's smallest at 14 mm X 11 mm, with much more than a 10:1 bandwidth," Chakraborty, a PhD student with BIT-Mesra, said. The goal for developing such a tiny antenna was to enable short-range wireless communication with increased data rates.

"The material used for this design is fibre reinforced plastics, which is less expensive. The fabrication process is simple wet chemical etching method," said Srikanta Pal, an Honorary Research Fellow at the Birmingham University in UK for his work in radio astronomy.

cool... awesome
You must log in or register to reply here.