Is Balaji planning a sequel to Bandini? 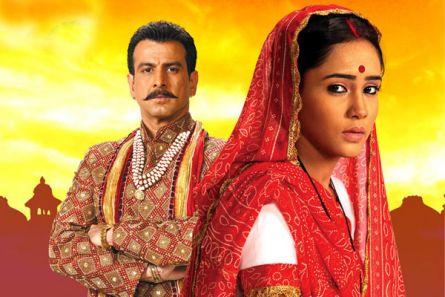 After the return of Kitani Mohabbat Hai and Choti Bahu with their respective second seasons, fans are rejoicing and now they have started to expect the sequels to all their favourite shows which have gone off air. So as the “Season 2” phenomenon is in the air fans of Bandini are expecting a sequel to their beloved show. Also a recent status message by Ekta Kapoor on a networking site indicating that Bandini season 2 was on her mind. Though TellyChakkar could not verify the authenticity of this message it did speak to some of the actors on the show if they had been approached for the next season or even heard about plans for the sequel.

Aasiya Kazi who played Santu says, “I have been getting messages from my fans but nothing has been communicated to me from the creative head or Ekta. We all want the show to come back as much as our fans want to as all of us from the cast are like a family. We speak on the phone whenever we can and try to meet at least once a month.”

Shardul Pandit who essayed Maulik said, “I have not heard about season 2 at all. If it happens I would love to be a part of the show but nothing is happening at the moment. My role in the show is still very close to my heart as it was different.”

Prerna Wanvari who played the character of Kadambari informs, “I get at least 50 requests from my fans on facebook requesting to get Bandini back but I have no idea about season 2. I will be really happy if it comes back.”

However Ronit Roy took a step ahead and gave us a clearer picture. He said, “Yes, Ekta had put up a status stating that she is thinking about the next season for Bandini. But from thinking to implementation it’s a long process where the actors, channel, production house will have to be brought together and you will have to wait for it.” When asked if the sequel would work he says, “Seasons of shows have worked abroad and if this is formatted well it will work. But for now I have a lot of work to do.”

Discussion Which do you think is more popular ICC tournaments or IPL?