Today, I will discuss the evolution of set designs of Kaun Banega Crorepati (KBC) over the years. The new season (KBC 13) is set to hit the airwaves on 23rd August at 9:00 pm. It has been my personal favourite over the years mainly because for three reasons :
Since I am laying emphasis mostly on the third point, I shall be reviewing the best and worst set designs of KBC. I would also like to know from you people - Which KBC set did you like the most? For which I have made a poll here. Please give your opinions.

When the game show first hit the airwaves in the year 2000, no one knew that it would become such a popular show in India. Maybe it's the Magic of Amitabh Bachchan that made this show so popular. Here is the set design of Season 1-3 of KBC : 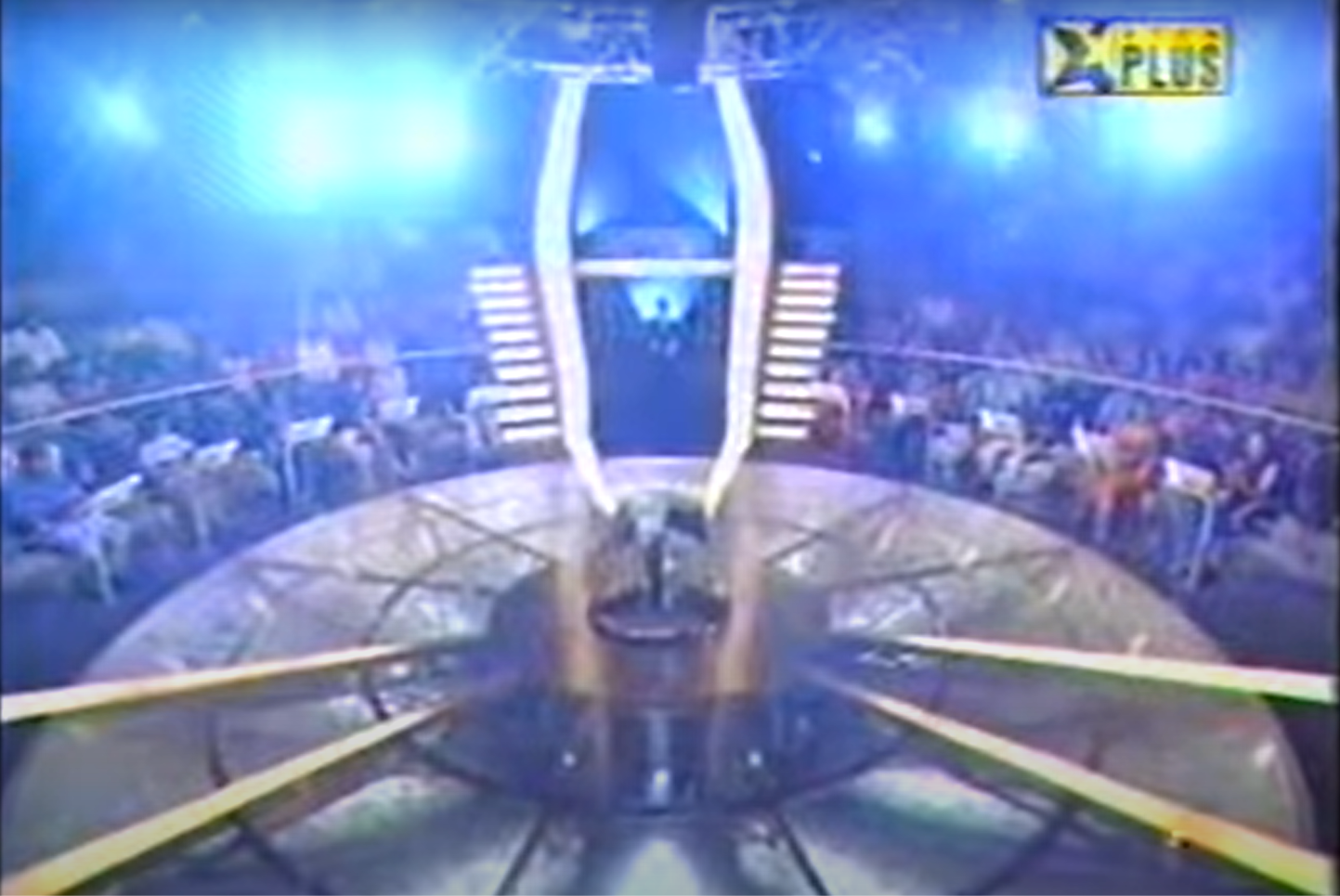 As you know that KBC is an Indian adaptation of ITV's popular show Who wants to be a Millionaire (WWTBAM), they used the original circular set design for the game show. This unique set was one of the reasons why I watched KBC. The contestant's podiums, host entry gate and the main podium where the contestant comes to play after winning the Fastest Finger First round, has been constant from season 1 except for the computer screens.

This season, which was aired on Sony after Star Plus surrendered the rights, had a minor change in the set. The host entry gate now had a giant LED screen with the KBC logo on it. The logo changed to a timer when the game started. This was due to a change in the format. The earlier 15-question format was changed to a 13-question format with a clock (as in the US and UK versions). 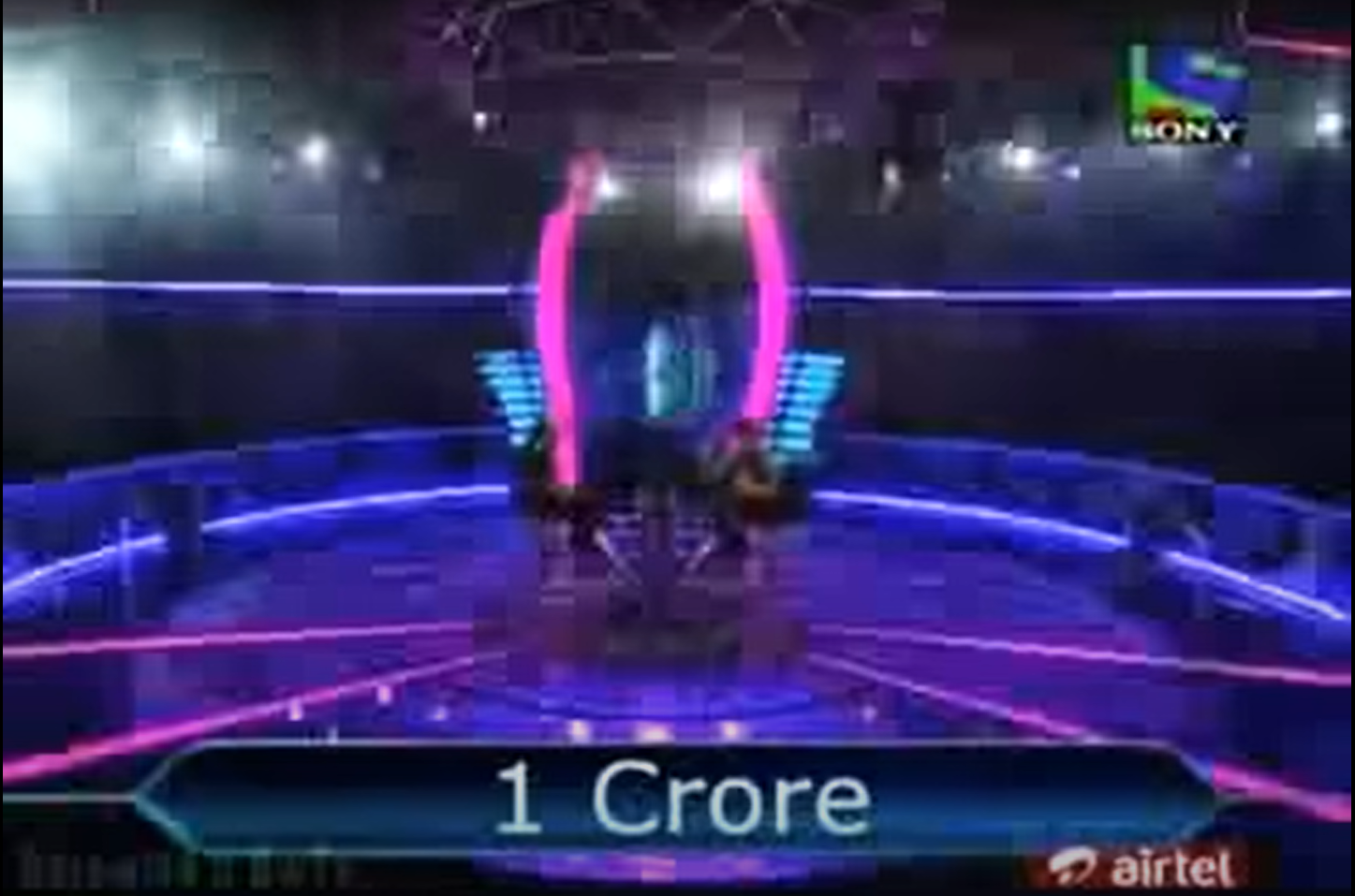 The set was more colourful and probably one of the best since it was launched in 2000.

The set got a new podium for the main gameplay. Earlier the podium was metallic and cylindrical. Here it was a full white podium made of polymer which resembled a Y-shape. This was surprising as nowhere in the world, such a podium is present in any international version, except for the UK. 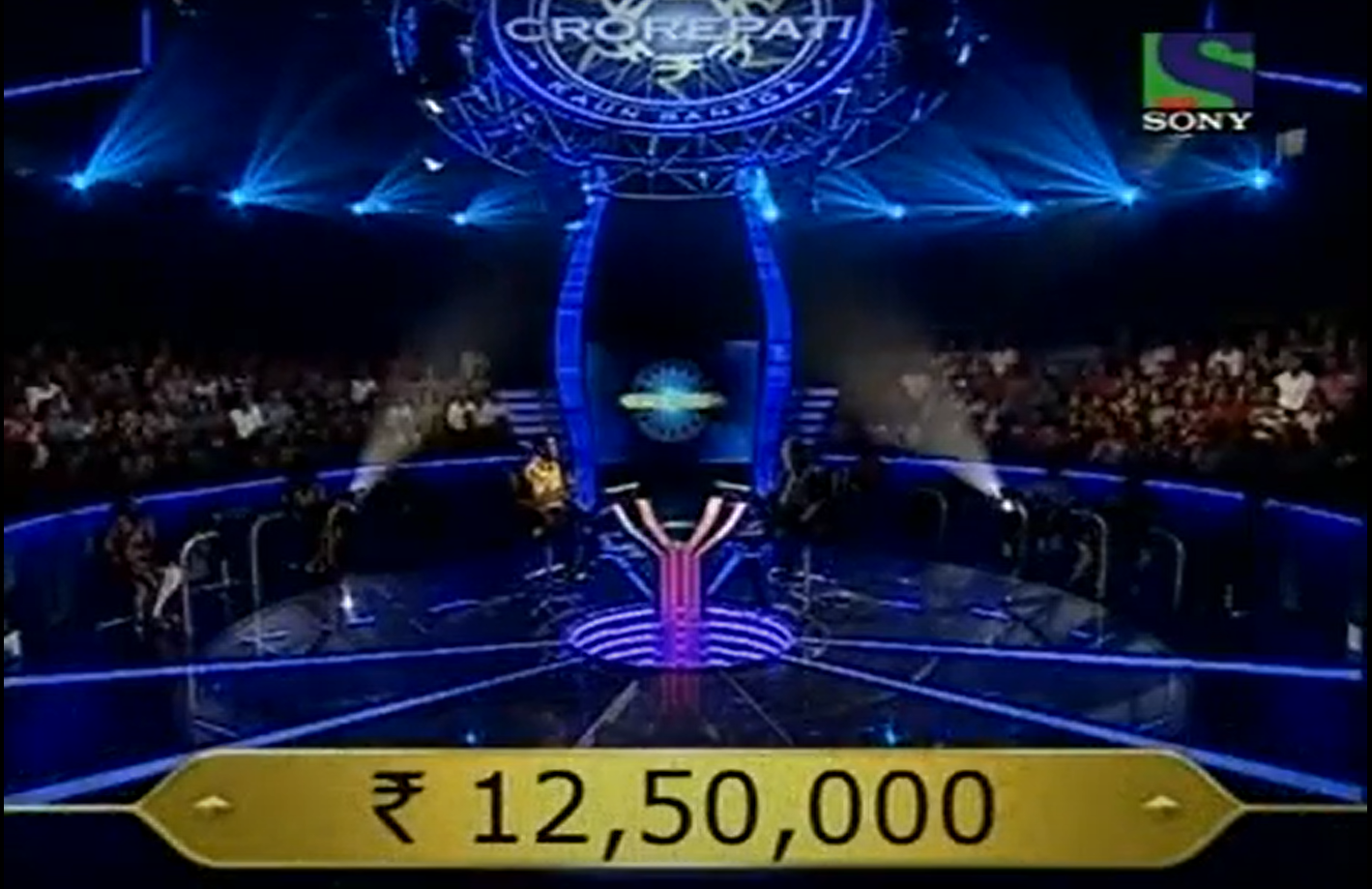 But nevertheless, it was good. Something unique. Another thing they did was they displayed the KBC logo atop the lighting ring which was reused in the coming seasons as well. This was another unique feature that I liked about the set.

Honestly, this one gets a thumbs down from my side. I mean what were they trying to do? Kill the essence of the show? Well, they almost managed to do that. The iconic circular set was scrapped for a rectangular one. 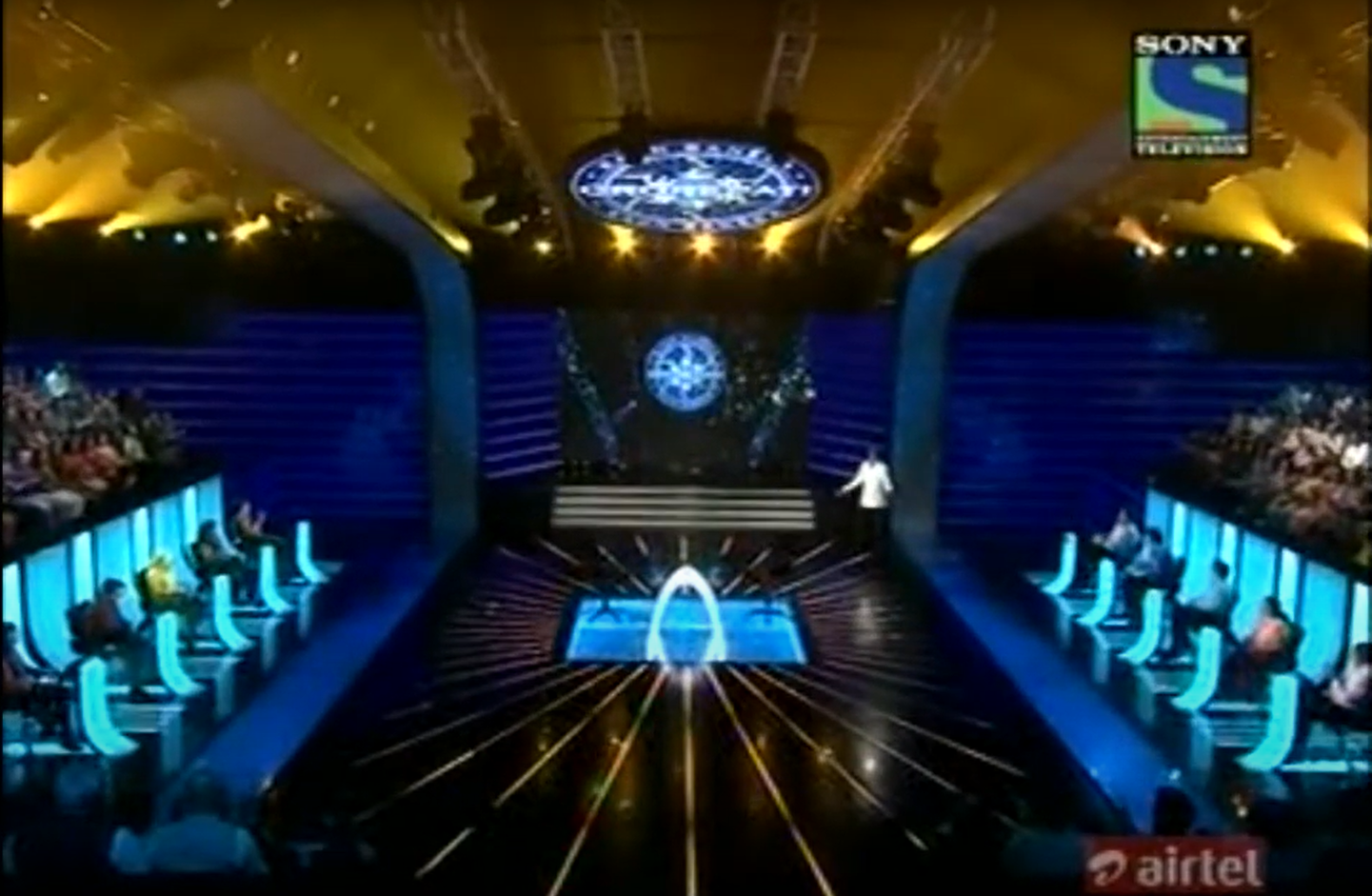 Everything, starting from the contestant podiums to the main game podium went a complete overhaul. This was one of the worst set designs ever being introduced in the history of the show. I hated it to the core. After the seventh season ended I prayed to God, that I don't want to see this set again in the next season again.

But unfortunately, that did not happen and they carried that pathetic rectangular set forward for season 8 as well : 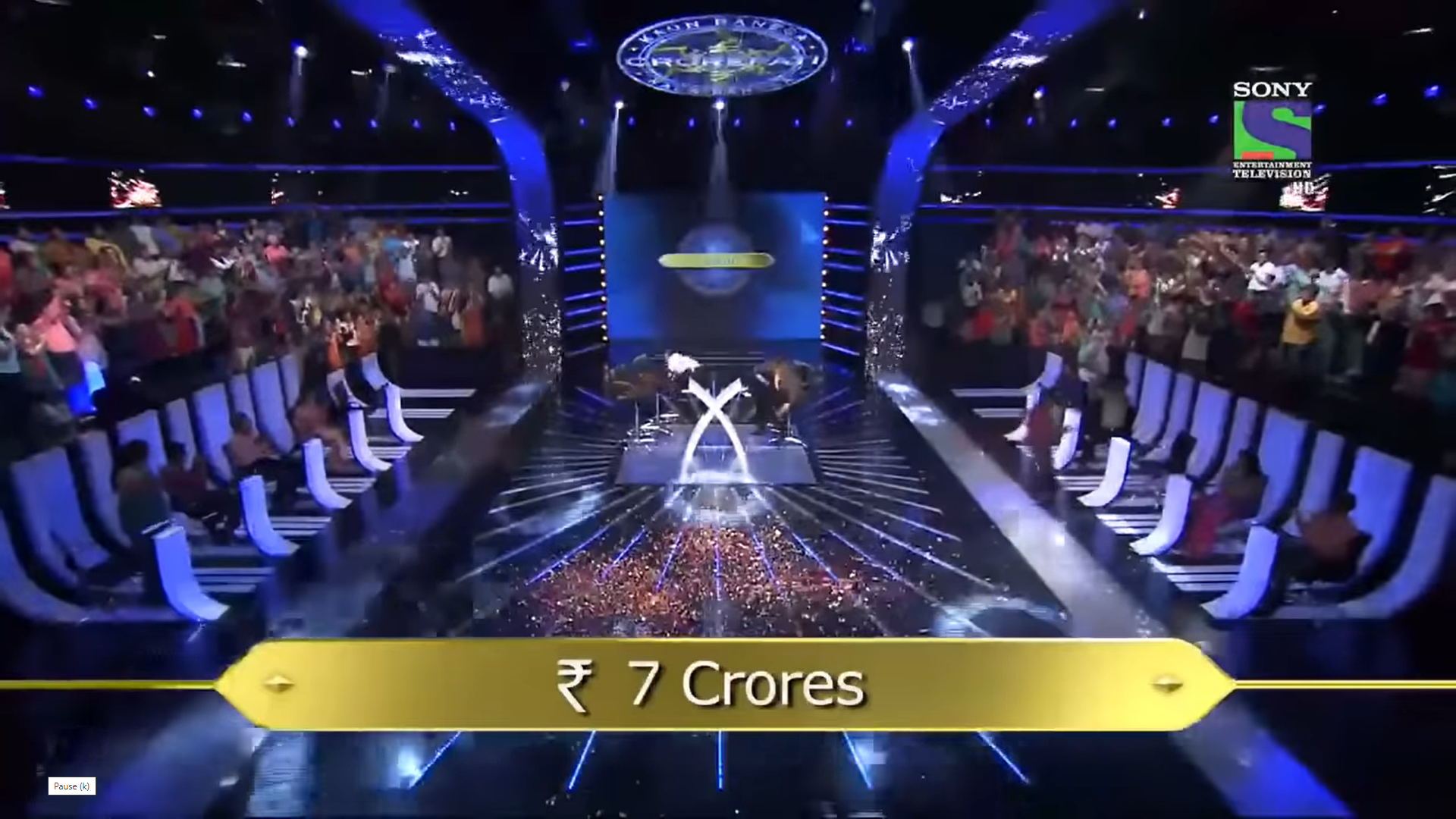 This really pissed me off. I was so frustrated that I decided to stop watching this show if the old circular set was not retained in the next season.

The circular set design finally returned. This time with a number of modifications. Main changes were made to the contestant's podium and the main game podiums. The main game podium, however, was retained from that pathetic set erected in the 8th season of the show. The entire set was alight with LEDs which was far better. 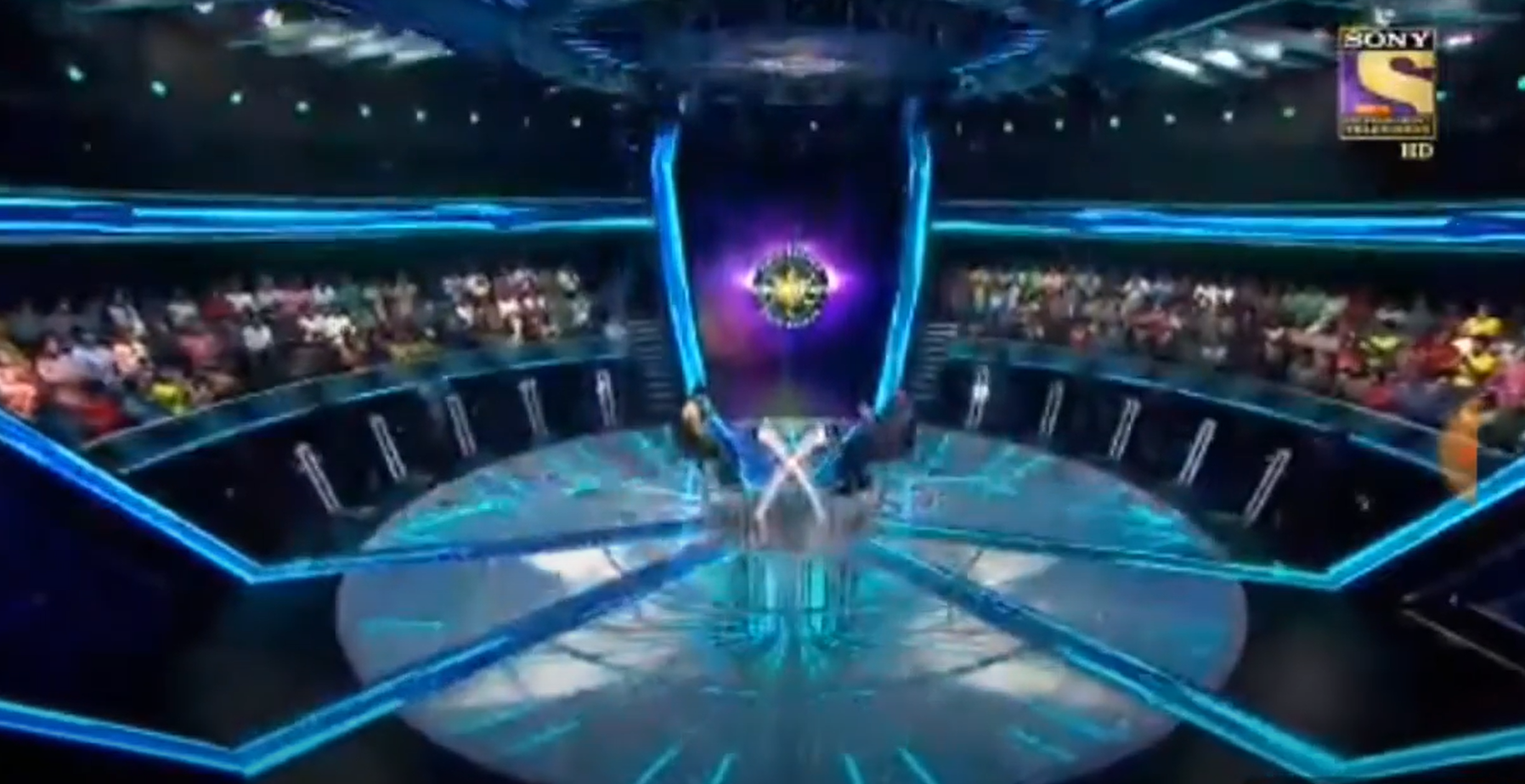 Nevertheless, the old set had a different feeling. But this one, however, is a lot more pleasing than the disappointing experiment they had carried out with the original set in seasons 7 & 8.

My rating: 9.5/10 (because of the podium that they retained from season 8)

The podium changed again. This time in a cross shape. Moreover many new features such as augmented reality (AR) were added to the set. The Host entry gate too got a minor change. Another thing - the stairs on both sides of the host entry gate were removed. 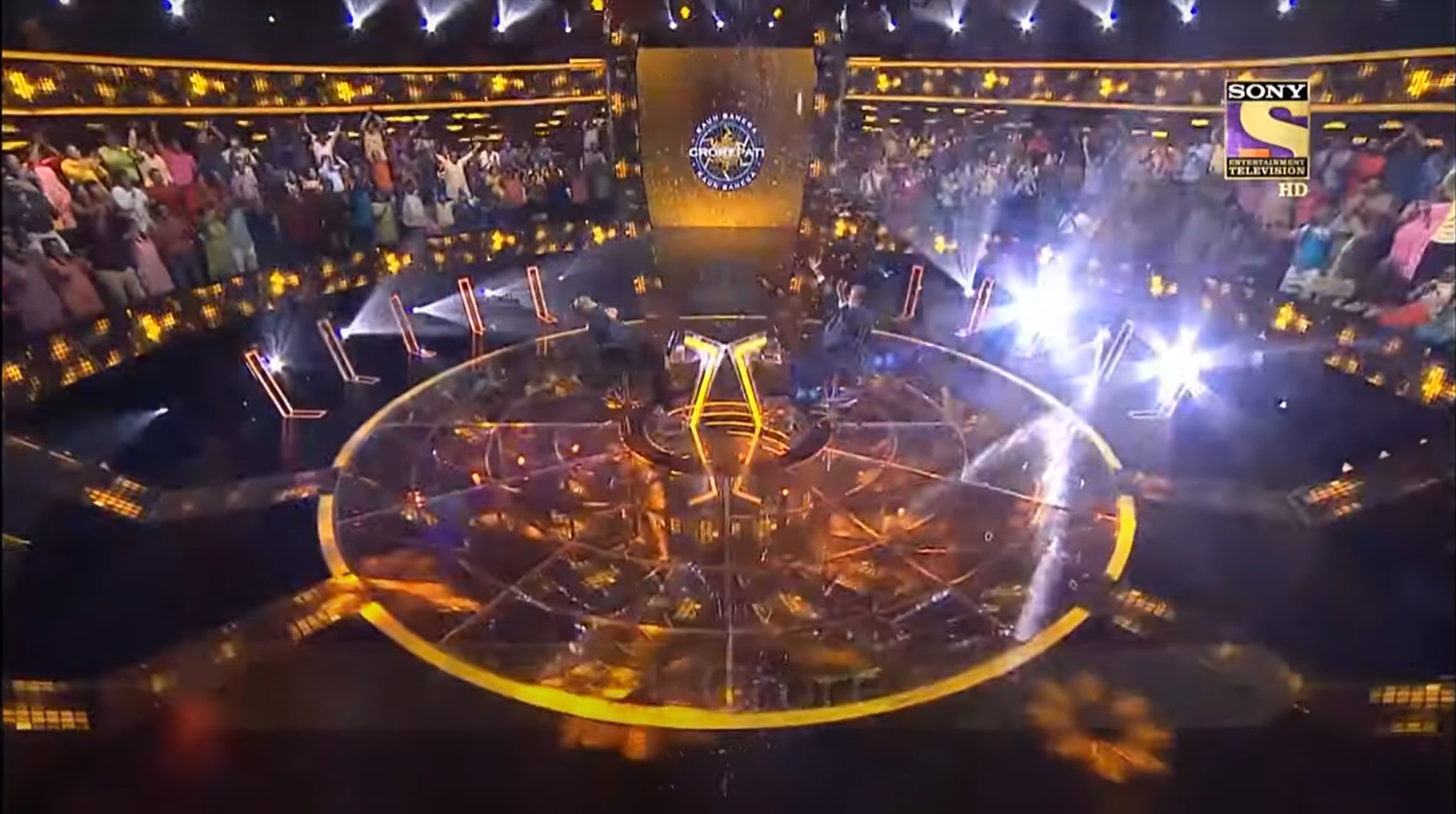 There was quite an uncertainty over this season, firstly due to the pandemic caused by COVID-19, affecting the host of the show and many of its crew members, leading to a part of the shoot being halted. But in spite of the challenges, the show finally made its way on TV.

Due to the pandemic, many alterations were made to the set to maintain social distancing. There was absolutely no audience except the family members of the contestants. The length of all the podiums was altered. The host entry gate was revamped. But overall, they put up an effort to retain the circular set design which was worthy of praise.

This year the show has adopted the set from the 2021 UK version. Although there's one small difference. The floor of the UK version is totally created with an LED screen, while the version which shall be seen in the upcoming season will have the old transparent flooring with lights. Everything has changed - the host entry gate, the podiums - everything. But I kind of like the new UK set.

Here are the images of both the sets from the UK version 2021 and the upcoming season of KBC for comparison: 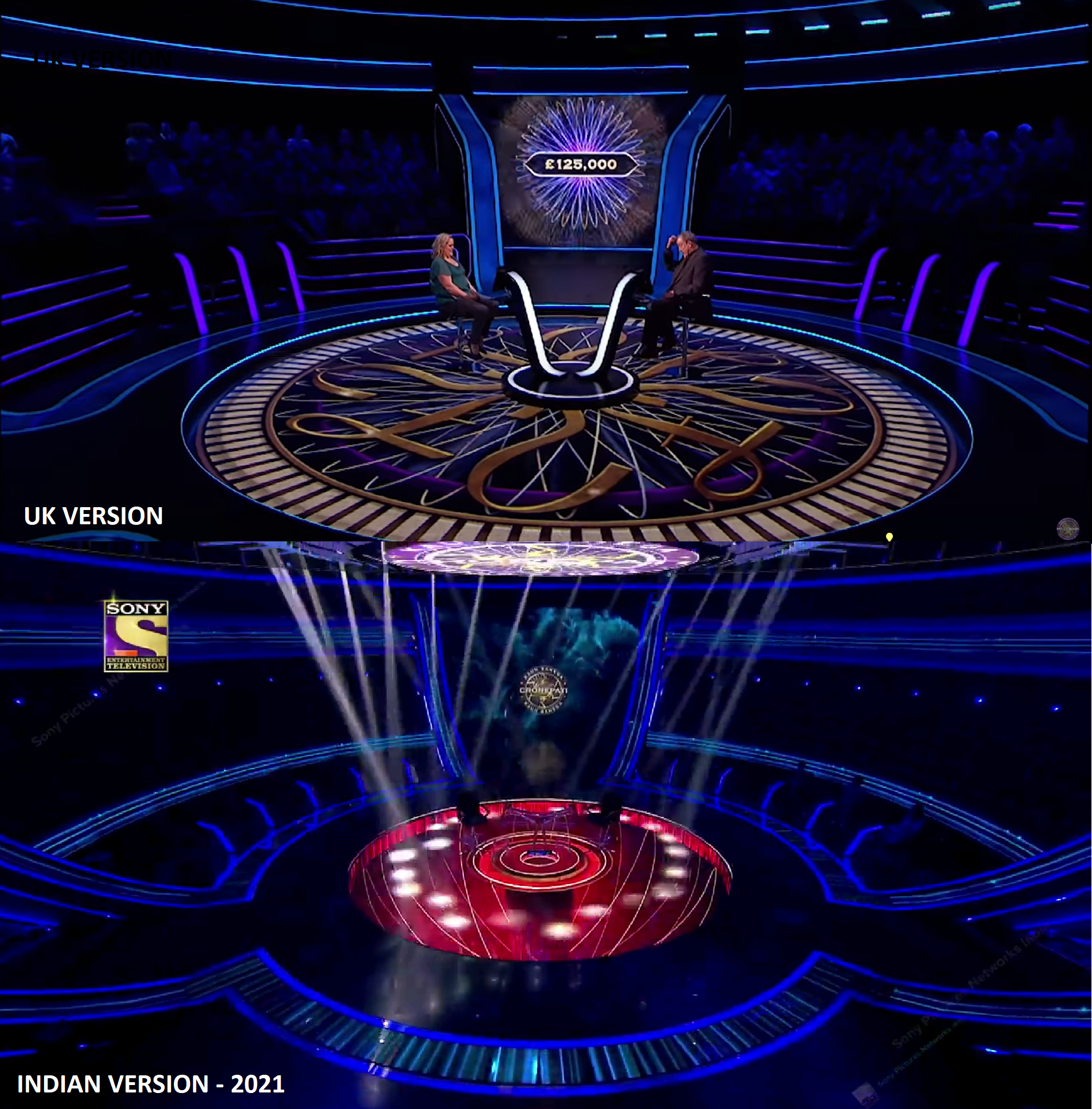 No rating for now. Let's wait and watch.

So that's it for my KBC set review. Tell me which set you liked the most. Take the poll and also reply to this thread.

From the initial results of the poll it seems nobody likes the set designs of season 7 & 8.

Mylanji said:
From the initial results of the poll it seems nobody likes the set designs of season 7 & 8.
Click to expand...

Since you did not like it, many people decided not to like it either. Truth be told, all the KBC set designs are intended to convey grandeur. Seasons 11 and 12 were the best according to me because of the amount of gold used.

Who uses Samsung SyncMaster monitors any more? They are a memory from the early 2000s. I still remember how Bhide in TMKOC got a computer in 2010 and the monitor was an ancient SyncMaster.

JollyLNB said:
Since you did not like it, many people decided not to like it either. Truth be told, all the KBC set designs are intended to convey grandeur. Seasons 11 and 12 were the best according to me because of the amount of gold used.

Who uses Samsung SyncMaster monitors any more? They are a memory from the early 2000s. I still remember how Bhide in TMKOC got a computer in 2010 and the monitor was an ancient SyncMaster.
Click to expand...

Must say, you have compiled each season in a very nice and detailed manner. Kudos for that. 👏

Season 6 and current Season 13 sets are my favorites. And I agree with you Season 7 and 8 didn't had that KBC vibe. I don't get why they didn't stopped using it after Season 7.