Released from jail but wanted in Bigg Boss, she might just become a reality TV star. Maria Susairaj, the Kannada starlet, has caught the fancy of Bigg Boss producers who are contemplating offering the show to her.

“The moment she was free, we knew that she is a potential candidate for reality
shows. She just fits the bill for us. Remember, we got Monica Bedi the moment she landed out of jail? We are going to adopt the same tactic for Maria too. In fact, everybody who comes out of jails are in dire need of money, we would give her an option to solve all her financial worries by offering her a chance to take part in our reality show,” DNA quotes a source, who heads the production unit of a reality show.

Not only this, the production company is planning to offer a blank cheque to Maria.

Maria Susairaj“She’s the hottest property for TV shows now and we have to get her. We will give it a month before we start approaching her for the show. The family will be open to such shows because we feel just like Monica (Bedi), she won’t let go of a chance to clear her name on a public platform. However, these things will take time,” the source adds.

After Monica Bedi, Bunty Chor and Seema Parihar, Bigg Boss is keeping up with its tradition of roping in contestatns with criminal track records. 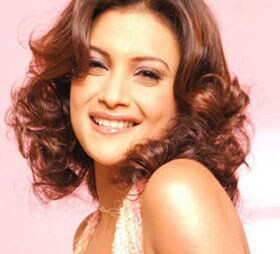