Priyanka not replacing Ash in `Heroine` 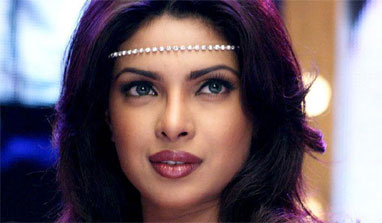 "Read some stupid article about how i wanna do Madhur Bhandarkar`s film HEROINE... I think Madhur is an amazing director and. It`ll be amazing to work together again but GUYS this one aint it!!! I wish him and Aishwarya lots of luck with the film," the Bollywood star posted on Twitter.

"I also wish that journos would actually do some journalism rather than scriptwriting and stop deciding my next moves!!!" she added.

With Aishwarya pregnant, shooting of the film has been postponed. Rumours were abuzz that Priyanka was eager to be part of the film. The the actress has now put an end to the speculation.

R
After Mary Kom, Priyanka Chopra Is All Set To Play Kalpana Chawla In Her Biopic

How languaging delivered big for Disney India’s ‘The Jungle Book’

Priyanka not replacing Ash in 'Heroine'

We are not in competition with Star, Zee or any other channel: Priyanka Dutta