Mohanlal won the special jury award for his film Pulimurugan. The same film also won the first ever National Award for Stunt Choreography. Mohanlal’s film rung in collections unlike any other movie, and the climax scene starring the CG Tiger and the stunt sequence starring Mohanlal won audience’s love too. Now, the movie has won a Guinness World Record.

The team of Mohanlal’s blockbuster film Pulimurugan aimed to break the Guinness World Record for the largest audience in a 3D movie screening set by Will Smith’s Men In Black 3 or MIB 3. At Berlin’s O2 World, MIB 3 was seen by 6819 fans. Pulimurugan broke this record on April 12, when reportedly close to 20,000 people attended the screening of the film at Adlux Convention Centre in Angamaly. 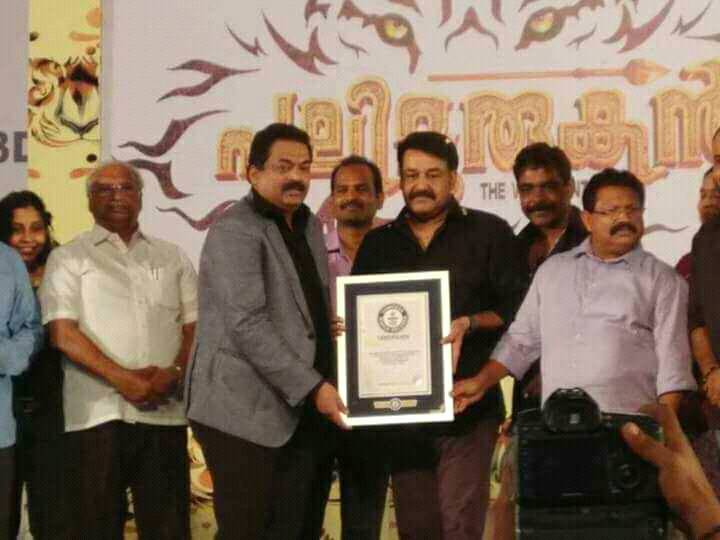 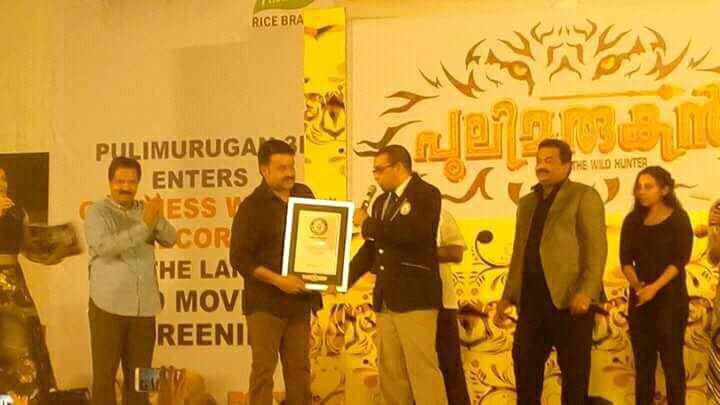 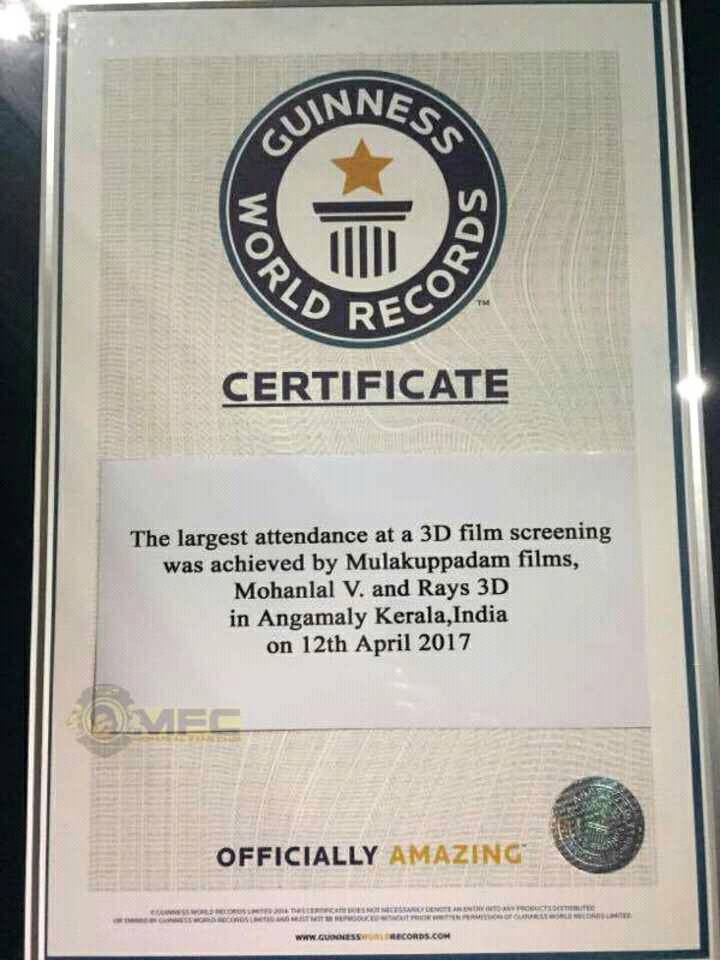 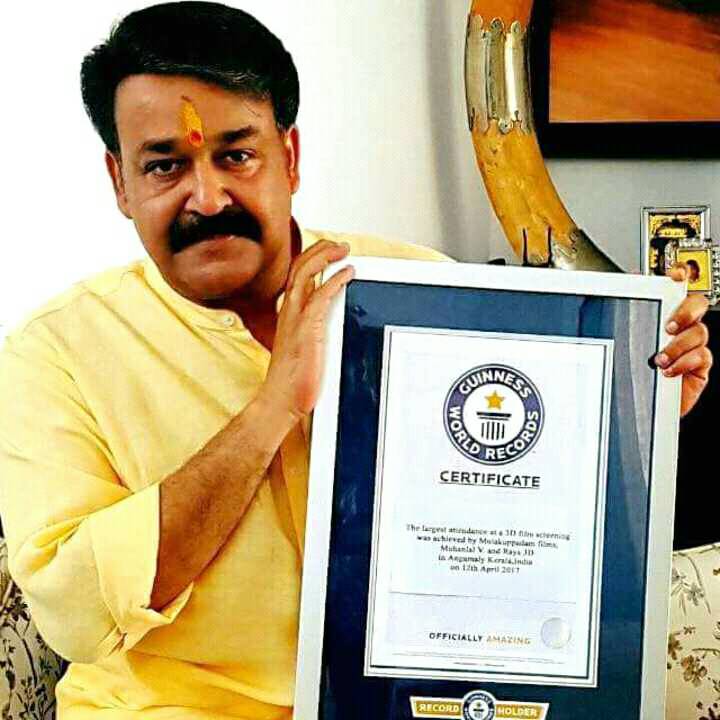 Pulimurugan To Be Dubbed Into Foreign Languages..!

Breaking Newton out of Oscars 2018 but Gopi Sundar might bring home an Academy Award for Pulimurugan songs.