Rajini in Oh My God. 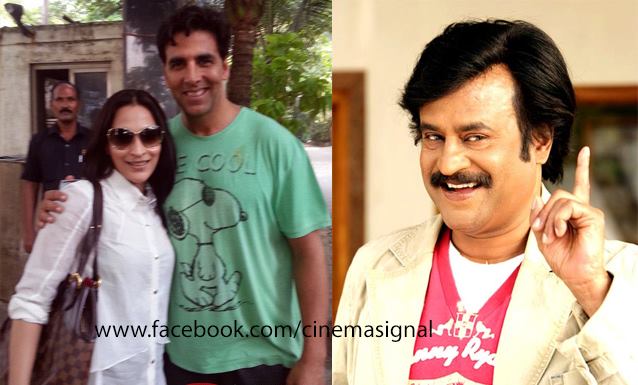 Rajini’s daughter Aishwaryaa in talks with Akshay for Tamil remake of Oh My God.

Will Rajinikanth play God in the movie?

The recent meeting between Aishwarya Dhanush and AkshayKumar set the film trade buzzing.

Rajinikanth’s daughter had tweeted on Sunday that she was going to Mumbai for work. According to an industry source, Aishwaryaa is in talks with Akshay Kumar to remake his recent hit OMG Oh My God! in Tamil.

Apparently, the 3 director will be wielding the megaphone for this one. The source says, “Yes, Aishwaryaa is still in talks with Akshay whom she has known for a while now. However, they are yet to officially sign on this.”

As for Akshay’s role as God in the film, we wonder if she is likely to get her dad Rajinikanth to essay it.
S

Hello,
Recently launched movie OMG was did a great job on box office.
And now Rajnikants daughter wants to do remake of OMG in Tamil with Akshay let’s see what the decision of him...is

Will be great if Rajini sir play God in the movie... :sp

God will be happy if Rajni played his role. OMG.