Ruk Jaana Nahin to air its last episode on 24 November 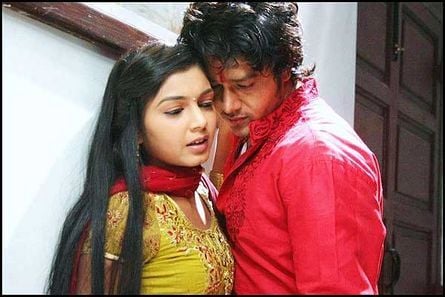 Star Plus early evening show Ruk Jaana Nahin will be ending its journey on 24 November (2012). This news was confirmed by producer Hemal Thakkar (Playtime Creations).

“We had a good run. It was pleasure working with such talented people (actors and creatives). The story was good and it was well appreciated.”

Ask him if felt that the show could have extended…he replied? “I don’t think like that. I go with what I have. No sense in speculating right.”

Lead actor Pooja Sharma (debut show) too was full of gratitude for the entire unit. “When I first came on board, I knew nothing of acting but now after a year I do feel that I have learnt something about the craft.”

Pooja also does not think that time slot was wrong, “for we began with 1.7 TVR which other recent Star Plus prime time shows (Pyaar Ka Dard and Arjun) reached only after some time.”

“Though I must admit that once summer set in and the sun started setting late our ratings began dropping as people in North India started staying out late.”

The show’s shooting will wrap up in the next fifteen to twenty days. “A big bye bye party is surely on the cards. I will miss my technical team the most as I was closest to them,” ended Pooja.