Saif Ali Khan to do Race 3

Saif Ali Khan to do Race 3 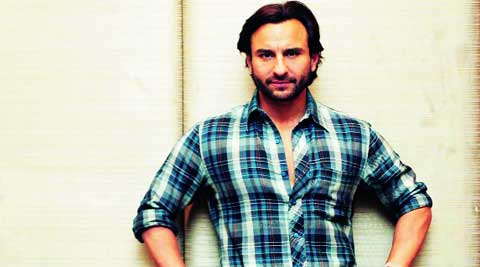 
SUMMARY
The film will go on floors next year

Yet another installment to the Race franchise is in the making, and Saif Ali Khan shall continue being a part of it.

Confirms producer Ramesh Taurani, “Saif shall definitely be in the film, but the rest of the cast is yet to be decided.

” The third installment in this series, is still in the scripting stage, and will take a while for the rest of the cast to be finalised.

“We’ll be able to finalise the rest of the cast, only once the script is in place,” adds Taurani.

While Race had Akshaye Khanna, Katrina Kaif, and Bipasha Basu alongside Saif,

Race 3 can be expected to go on floors next year.

At the moment though, Saif Ali Khan is busy with his film Happy Ending directed by Raj Nidimoru and Krishna D.K.

of Go Goa Gone fame, and Sajid Khan’s Humshakals, which also stars Riteish Deshmukh and Ram Kapoor along with Khan, with all three playing triple roles.

Anupam Kher who plays an important role in Super Nani sports a quirky hairstyle with a stubble.

Starring Rekha, Sharman Joshi and Shweta Kumar, Kher, tweeted the picture on his instagram account. “From the sets of Indra Kumar’s Super Nani with the gorgeous Rekhaji, and talented Sharman.”


Big B and Yo Yo Singh come together for Bhoothnath Returns

T-Series honcho, Bhushan Kumar has brought together Amitabh Bachchan and Yo Yo Honey Singh for the first time.

Singh has composed a special swag number for the film and apparently Amitabh Bachchan was quite pleased when he heard the number. This track will be the next collaboration between Bhushan Kumar and Yo Yo Honey Singh who have successfully given chart-busters like Sunny from Yaariyan and Lungi dance from Chennai Express to name a few.

Bhoothnath Returns is directed by Nitesh Tiwari and produced by T-Series and B.R. Films.

The Lunchbox is the Indian film to get a main release in Europe
Irrfan is thrilled that his upcoming film Qissa has won the Dioraphite Audience Award at the Rotterdam Film Festival – a first for an Indian Film.

Directed by Anup Singh, the film is set in the post -partition era in which Irrfan plays a Sikh.

The Lunchbox that released last year and won accolades and awards in India, has found appreciation across borders too.

“The Lunchbox will be the first Indian film to get a main release in European cities like Paris and Switzerland.The film is also releasing in the US and the UK on February 28,” said Irrfan.