Shahrukh Khan to continue his innin with dishtv as a brand ambassador.. 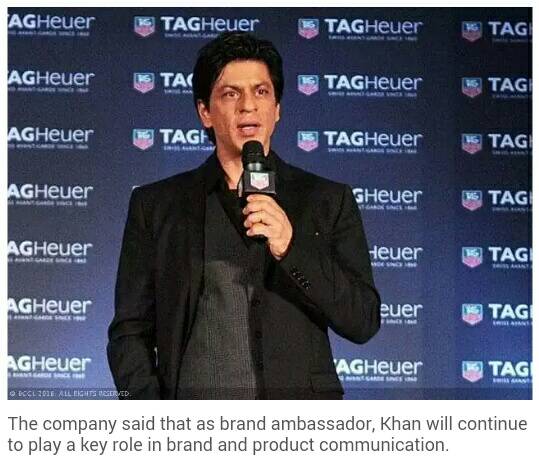 MUMBAI: Leading direct-to-home television operator Dish TV has extended its tieup withBollywood star Shah Rukh Khan, who has been endorsing the brand for more than eight years, and plans to launch a new pan-India campaign later this week. The company said that as brand ambassador, Khan will continue to play a key role in brand and product communication.

"We have renewed the contract with Shah Rukh for another two years. He has been with us for over eight years now," Arun Kapoor, CEO of Dish TV told ET.

Kapoor said that the company is set to launch a new brand campaign around a new theme. "We have promoted our servi ces, but for a very long time we have not come up with a theme cam paign," he said. The upcoming campaign will be the company's first since the one with the tagline `Sab Par Dish Sawar Hai' in 2012, which came two years after the `Ghar Aayi Zindagi' campaign.

Dish TV is the first and only private DTHplayer in India to turn profitable at the net level. After over a decade of operations, it posted its first net . 3.1 crore in 2014-15.profit of.

Definitely something will happen in dishtv in coming dfys hya....I hope with new brand campaign they launch new channel.. hya

I think it's a good step taken by dishtv

I am waiting for new brand campaign...:sp
R

Be happy and enjoy currently available channels. No one can watch all channels. Daily we watch only selected channels.

Once Dish TV successfully implement middle ware software for a new look, it will be at number position in graphics