Shilpa Shinde stirs the hornet's nest by shooting for an ad as Angoori Bhabhi, even as she is in the middle of a severe fallout with the makers of the serial.

Shilpa Shinde aka Angoori bhabi has stopped shooting for her serial Bhabiji Ghar Par Hai since the past one month. She hasn’t turned up on the set despite being told to do so by Cine And Television Artistes Association. Now, we learn that the actress has shot for an ad as Angoori bhabi!

During the ad shoot, Shilpa spoke to a channel where she said that since she has been ousted from the serial, she has no work. “I have been accused of throwing tantrums and ousted from the show. Now, these people are ready to bear my tantrums so I have got work in the form of this ad (laughs). They (producers of Bhabiji Ghar Par Hai) have been saying that I want to wear designer saris and jewellery, so this is my designer sari, and jewellery (showing off her sari and jewellery),” she says. She also talks about her bonding with the other actresses Drashti Dhami (Gayatridevi from Ek Tha Raja Ek Thi Rani) Deepika Singh (Sandhya from Diya Aru Baati Hum) and Devoleena Bhattacharjee (Gopi bahu from Saath Nibhana Saathiya), who are also part of the ad.

The source says, “Shilpa has an exclusivity contract (the intellectual property rights belong to the channel) and she cannot appear as Angoori bhabi anywhere without permission. And by not doing the serial and shooting for the ad in the same get-up, she is inviting more trouble for herself.”

Another source reveals that Shilpa has got in touch with one of the programming people of Bhabiji Ghar Par Hai and said that she will shoot for the serial only if the producer (Binaifer Kohli) is replaced and the shoot is shifted from Naigaon.

Meanwhile, the makers of the Kapil Sharma Show, which Shilpa was to join, are clear that unless her issues with earlier show are resolved, she will not be a part of theirs. 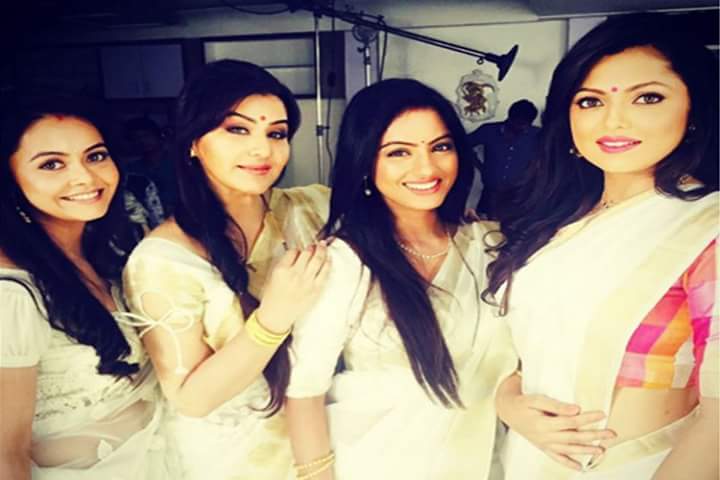