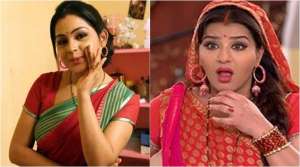 "Shubhangi is an ideal combination of innocence and attractiveness. She is a fabulous actress and I think she will make an exceptional Angoori Bhabhi and will capture everyone’s heart with ease,” Benaifer Kohli, producer of the show, said in a statement.

Shilpa, who has not been reporting on the show's set for some time now due to her personal problems with the producer, was issued a non-cooperation directive by Cine and TV Artistes Association (CINTAA) and Indian Film and TV Producers Council (IFTPC) earlier this week.

This means that no broadcaster or producer will be allowed to work with Shilpa again.
“Bhabi Ji Ghar Par Hai!” is aired on &TV.
The show also stars Aashif Sheikh, Saumya Tandon and Rohitash Gaud. 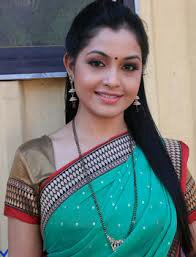 Happy to see that finally lead is final

she does not look bad
D

Ironical...in Chidiya Ghar she repalced Shilpa Shinde as Koyal and now she is repalcing her as Angoori in BhabhiJi

R
Shilpa Shinde aka Angoori Bhabhi controversy: CINTAA says they have been misquoted