"Yog Yatra" Coming Soon Only On Sony And SonyHD

"Yog Yatra" Coming Soon
Only On Sony And SonyHD 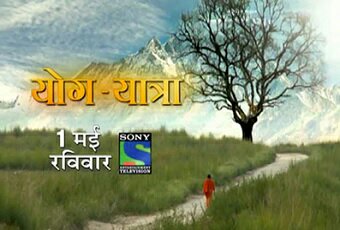 Sony Entertainment Television Asia is reportedly working on a television series based on the yoga guru, Baba Ramdev.

According to BestMediaInfo, the show is a finite series depicting the journey of the Baba Ramdev and Acharya Balkrishna, culminating in the birth of brand Patanjali. The teasers running on the channel only show glimpses of the two in separate ad films and a flash at the end ‘Yog Yatra. Jald Hi’ (The Yog Journey. Coming Soon).

This would be Baba Ramdev’s first fiction show. Up until now, Baba Ramdev has been a part of daily discourses on Aastha.

every hindi entertainment channels nowdays concentrating on devotional shows...Sony is leader of them...

On corrupted Ramdev!!!!! What happens to the the channels..
A

Another Show which i won't Watch :d

ABCDEFGH said:
Another Show which i won't Watch :d
Click to expand...

ABCDEFGH said:
Another Show which i won't Watch :d
Click to expand...

I will prefer that Show :wlcm
A

I will prefer that Show :wlcm
Click to expand...

Who even watches Colors now ?

Was watching KKK on Colors but now the show got over

Optimus_Prime said:
every hindi entertainment channels nowdays concentrating on devotional shows...Sony is leader of them...
Click to expand...