Star India's Channel V to go music only by July

Shocking! Channel V to shut down soon? Shows might move to Hotstar
Star Network's Channel V, that started out as an exclusive music channel, added a series of daily soaps and reality shows to its lineup with time. Both MTV and Channel V have been able to carve an identity for themselves in the youth segment. But if recent reports are to be believed the channel will soon be shut down and its programmes will shift to Hotstar, which is Star's video-streaming service.
Come July, popular shows of the channel like Sadda Haq, Gumrah, Mastaangi, Dil Dostii Dance, D4 etc will be available only on the digital platform.
"Channel V will be revamped as a youth focussed music brand effective July 1," a Star India spokesperson confirmed to Mid-Day. The revamp will include a new identity and programming for the channel, reports the Mumbai-based tabloid.
Also read: Channel V's new show Mastaangi inspired by Rishi Kapoor's Karz?
It is to be recalled that the international Channel V was closed down and turned into a 24-hour music video station in February this year. Looks like our desi Channel V will meet with a similar fate.
It is also rumoured that MTV will also turn back to its music-only avatar soon, but a spokesperson from MTV denied the reports.

Shocking! Channel V to shut down soon? Shows might move to Hotstar
S

RE: Star India's Channel V to go music only on July 1st

Their tagline after revamp should be Music Bajega Channel Chalega..... 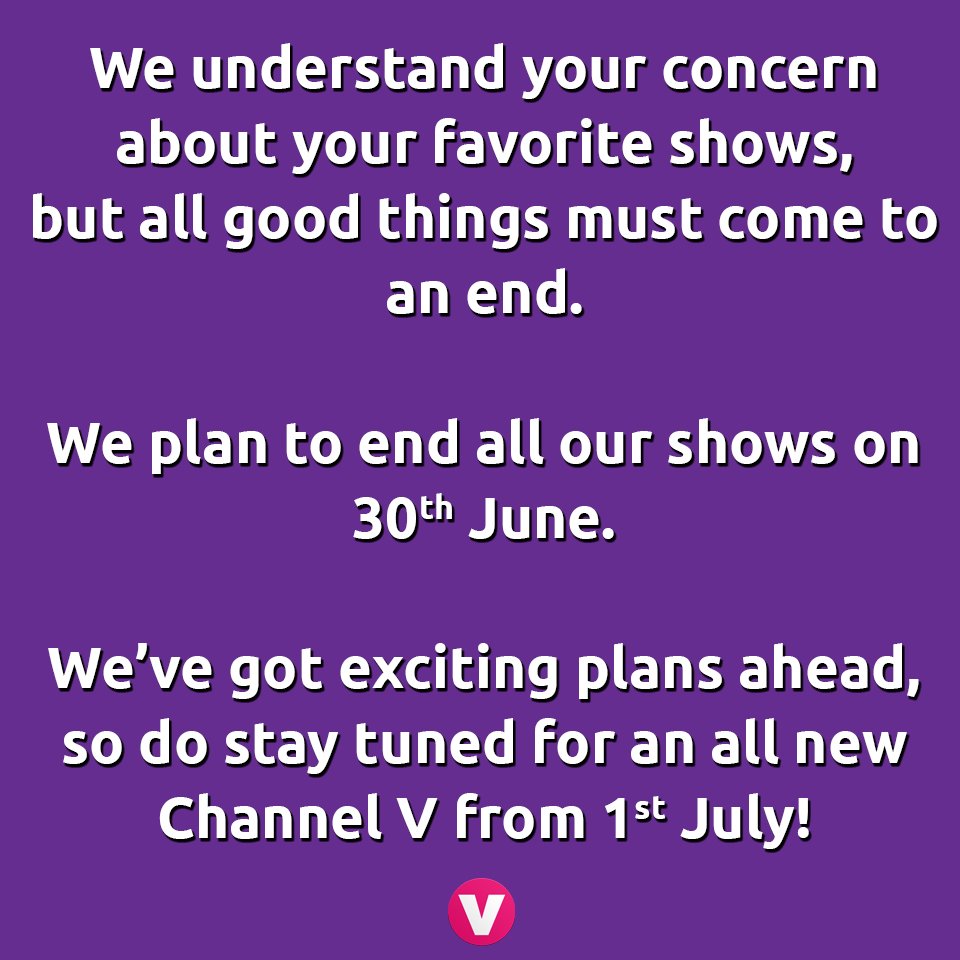 I think its good if they convert v channel into rerun channel by showing their own v channel shows ,life OK old shows with good movies and then add on dd FD

karan singh 9 said:
I think its good if they convert v channel into rerun channel by showing their own v channel shows ,life OK old shows with good movies and then add on dd FD
Click to expand...

Except Pratigya 2, all Star Bharat shows to go OFF-AIR?
2 3