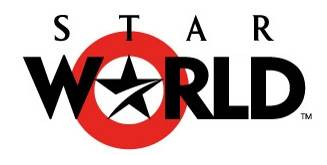 MUMBAI: Star World is bringing one of the biggest television shows of the year, Terranova, for Indian audiences.

The sci fi adventure series is premiering in India just 12 days after its US airing, starting 8 October.

The 20th Century Fox Television co-produced series will air every Saturday at 9 pm on Star World.

Positioned as the most expensive production on television, Terranova has been shot across exotic locations in Australia with over 250 sets built for the shoot. The show boasts of breath taking visuals, with the average episode budget of $4 million.

Star World has devised a two-month marketing plan for the big-ticket show centered on the objective of getting people to sample the visual delight that the show promises to be.

The promotion plan involves breaking the promo on air for the first time during the break of Avatar, the biggest movie of the decade for Star Movies. For off air marketing, it has tied up with Croma, the electronic store, to show the TerraNova promo in all outlets on all screens.

Multiplex partner Big Cinemas has allowed viewers to sample the movie like a trailer during the break of the movie in all theatres, across all screens. Online partner BookmyShow has carried banners on their homepage and for Landmark 3D standees and shelf stickers were created for Dinosaurs addicts to tune in to the show.

Star India general manager and Senior VP, English Channels Saurabh Yagnik said, "We at Star World are delighted to bring the biggest international launch of the year, Terranova on our channel! The scale and magnitude of the show is absolutely unique, placing it in a completely different league than any other show that has previously been seen in India. The biggest proposition for Terranova is that we are launching it only 12 days after its airing in the US. We are therefore sure to get a great response from our viewers who will be sampling the show for the first time on our channel. We are confident that the show will add more viewers to our bouquet and change the way English entertainment is viewed in the country."

Terranova is set in a future when the world is dying from overdevelopment and overcrowding. As a last resort, scientists find a way to go back to prehistoric Earth to try and undo the damage that has been caused. The show revolves around the Shannon family as they join the tenth pilgrimage of settlers to Terranova, the first colony established in a breathtakingly beautiful land.

Terranova has a huge star cast with the main characters being Jim Shannon (Jason O Mara), the devoted father and ex-police officer guides his family through the new world. Jim’s wife Elizabeth Shannon (Shelly Con) is a trauma surgeon and is the latest recruit in Terranova’s medical team. Josh Shannon (Landon Liboiron), his 17-year-old son who isn’t happy leaving his life behind. Maddy Shannon (Naomi Scott) who hopes Terranova will give her a chance to reinvent herself while her five year old sister Zoe (Alana Mansour) endangers their place in the colony.
Source:Indiantelevision