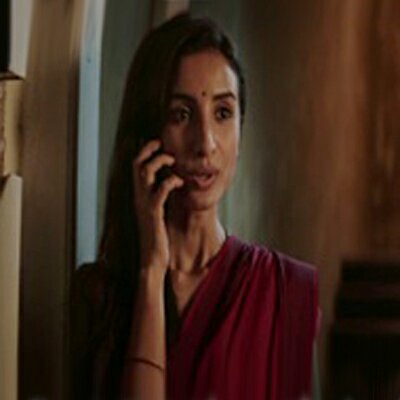 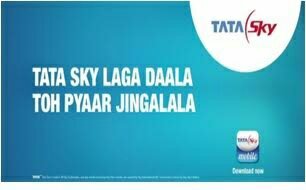 Tata Sky, the fastest growing brand and a pioneer of innovative services in the DTH industry, has rolled out its latest campaign showcasing its multiple products & services. The integrated campaign was launched alongside the ninth edition of Indian Premier League (IPL) 2016.

Titled ‘Pyar Jingalala’, the advertisements in the campaign bring to life beautiful moments of love Tata Sky can re kindle among couples in all walks of life and across towns. The plethora of services available to a Tata Sky subscriber are woven into small yet multiple stories of couples experiencing moments of love thanks to their Tata sky connection.

“The idea was to take brand love a step further by highlighting the role Tata Sky plays in the lives of people across the country. How its innovative services and offerings help couples connect with each other better as they sit in front of their Tata Sky box for their daily dose of entertainment,” says Tata Sky ChiefCommunications Officer, Malay Dikshit.

Actve English: Tells a story of a newly married couple conversing on the phone. In the film, the small town wife pleasantly surprises the husband by speaking romantic lines in English. The ad reveals Tata Sky Actve English as the string tying this moment together.

Daily Recharge: Tells a story of the middle aged couple out for an evening walk. The wife wonders out aloud that how come her husband who usually remembers everything doesn't remember the shop for Tata sky daily recharge. To which the husband instantly replies, “Agar yaad rehti, to tumhare saath aise chalne ka chance kaha milta.” Amazed, the wife breaks into a smile and holds her husband’s hand and starts walking.

Actve Fitness: Here a senior citizen is vigorously exercising, when the wife walks in concerned, asking ‘What are you doing?’ To which the husband replies, that she keeps complaining about how much he keeps troubling her. So if he exercises and stays fit, he can trouble her for a few more years. This leads to a charming outburst from his wife to which her playful husband can't help but smile. The ad ends indicating Actve Fitness and the line ‘Isko laga dala to Pyaar Jingalala’

Made by Ogilvy and Mather‘s Creative Director Sukesh Nayak says, “The campaign is based on a powerful insight that every day, couples across the country tune in to watch their favourite programs together. We used this insight to come up with an campaign idea that celebrates the love that Tata Sky helps rekindle every single day. The challenge was to bring alive the magical moments of love, re kindled through Tata Sky, through minimal scripting, with expressions taking centerstage in each story.”

These being a series of ad films throughout the IPL, watch out for the next addition to this bouquet of love. - See more at: Tata Sky celebrates love with its new campaign, 'Pyar Jingalala’
Indian Television Dot Com | This IPL season, O&M goes 'Pyar Jingalala' for Tata Sky

DDF Exclusive From Tata Sky to Tata Play: A look back at its memorable ad campaigns