TBS5927 is a Professional level digital satellite TV Tuner box with USB2.0 connection to PC. TBS5927 supports not only normal DVB-S2/DVB-S QPSK, 8PSK which is supported by normal satellite receivers, but also ACM, VCM, Multi Input Stream, 16APSK and 32APSK mode, Multiple Generic Stream, Combined Single Generic &Single TS, which most satellite receiving devices can’t support. The built in hardware blind scan feature allows scanning of unknown satellite transponder with symbol rate as low as 200ksps, while most satellite receiving device can receive no less than 1Msps symbol rate. With use of dedicated TBS tools, those special streams can be captured. Both Windows BDA driver and Linux driver are provided. 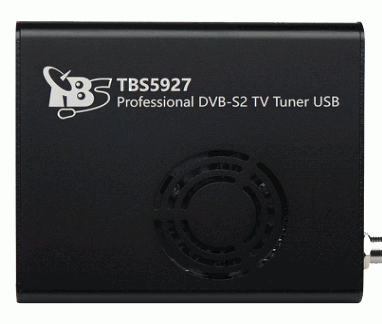