Delhi : The TDSAT on Wednesday pronounced it judgement and set aside TRAIs direction dated 03.12.2018 to broadcasters and DPOs relating to the display of TV channels. 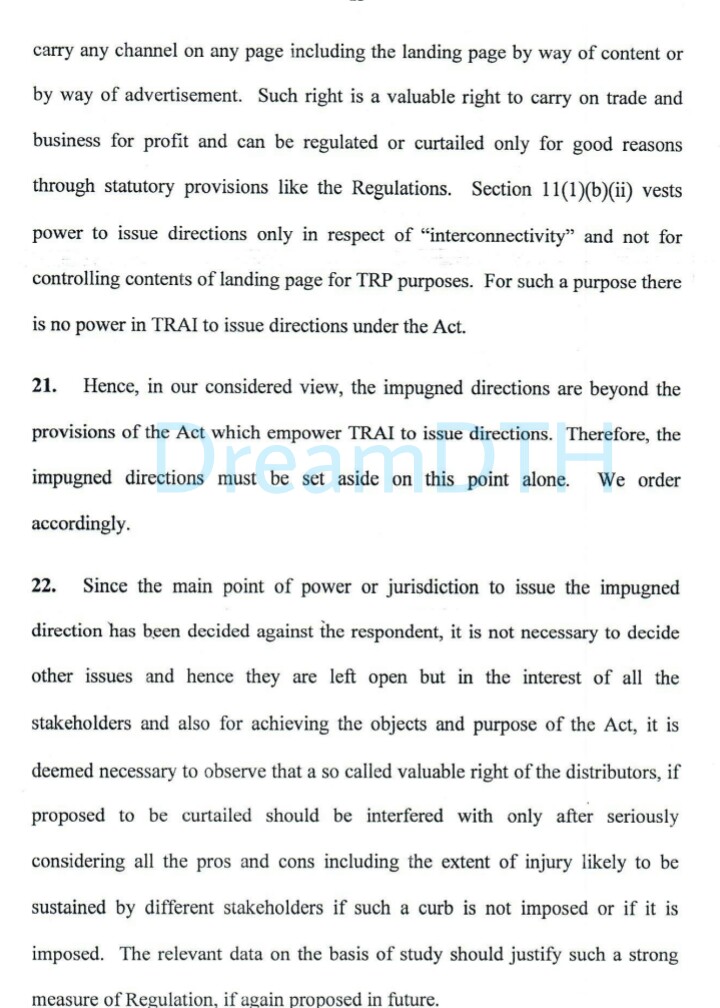 Good. TRAI deserved it. It does nothing but harass everyone.

While Telecom Disputes Settlement and Appellate Tribunal’s (TDSAT) recent judgment on landing page was good news for some, many broadcasters detest the move that nullifies TRAI’s restraint on all broadcasters and distributors of TV channels from placing any registered TV channel on the landing page. Broadcasters have written a letter to BARC, requesting it to “reconsider and reinstate the appropriate moderation policies”.

Following TDSAT’s ruling, BARC India has notified they would include the ratings of channels placed on landing page in its weekly ratings data. The latest data put out by BARC shows CNN News 18 on the number one spot followed by Republic TV, Times Now, DD India and India Today Television. Most broadcasters feel this data from Week 22 is reflective of how broadcasters with deep pockets manipulate the ratings with huge investments on landing page.

MUMBAI: The Broadcasters Audience Research Council (BARC) India has informed its subscribers that it has reverted to the earlier process of treatment of landing page in the interim.

The audience measurement body has started filtering out outliers from the landing page following representation from the industry. BARC has neutralised the reach outliers (abnormal reach) for the week 23 data, which was released today.
BARC India reverts to earlier process of treatment of landing page - TelevisionPost: Latest News, India’s Television, Cable, DTH, TRAI

Breaking TDSAT says not to put there channel on landing page

Tariff order 2020, new RIO, revised NCF - all the details you want to know