Just like in Bajrangi Bhaijaan, there is an adorable kid involved. Probably, Kabir Khan has realised that a movie with Salman and a cute kid would certainly spell box office success.
This is Salman and Kabir’s third collaboration after Ek Tha Tiger and Bajrangi Bhaijaan.
Based in the 1962 Sino-Indian War, Salman plays Laxman, an Indian man who falls in love with a Chinese girl. Pritam has composed the film’s music.

Shah Rukh Khan is said to have a cameo in the film.

Tubelight marks the Bollywood debut for Chinese star Zhu Zhu. It is a war drama shot in Ladakh and Manali.
Source

Tubelight becomes the latest Bollywood movie to be memefied
Before you watch the Salman Khan starrer movie that hits the screens on July 23, you need to check out these hilarious Tubelight memes that are trending on the Internet.
Apart from entertaining us, Bollywood movies also provide us excellent material for memes. The latest movie to be memefied is the upcoming Salman Khan movie Tubelight. As soon as the poster of the movie was released, Internet was flooded with Tubelight memes. We pick the best of the lot from social media. Wonder what Bhai fans have to say about this!

PS- click the link and read all tweets are funny

Tubelight: Move over Baahubali, Salman Khan film is this year’s most awaited film
Tubelight teaser, in that sense, has a rare appeal as it takes you on an emotional journey of a man in the face of an ongoing Indo-Sino war. Here’s why Tubelight is one of the most awaited films of the year:
1. Visual appeal
2. A human tale
3. Kabir Khan and Salman Khan
4. A cameo by Shah Rukh Khan
5. Salman and Zhu Zhu’s romance 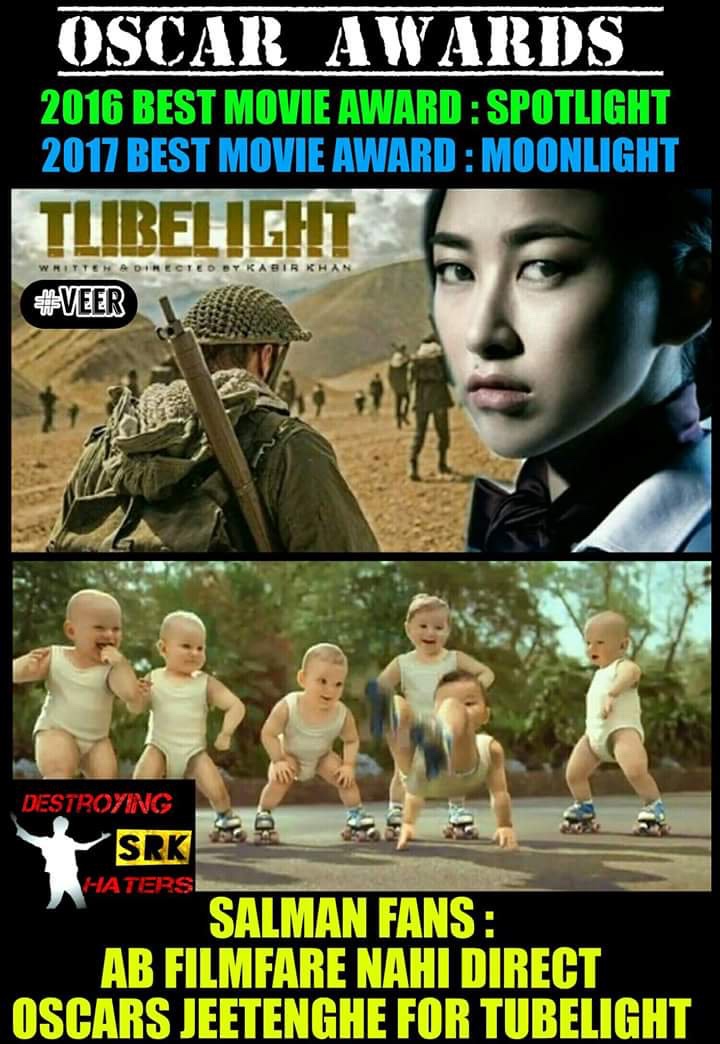