Unlike MS Dhoni and Azhar, Sachin Tendulkar to play himself in biopic

After the blockbuster biopic on cricketer Mahendra Singh Dhoni, that is MS Dhoni- the untold story, here comes the much awaited biopic. Now this biopic is on the legendary cricketer Sachin Tendulkar and what’s more interesting is the cricketer himself will play the lead character in the film! The biopic is directed by James Erskine, a London-based award-winning writer, director and producer and will have the music of the Oscar winning awardee A R Rahman! The star cricketer himself took Twitter to announce the date of the release of the film. He tweeted, ” The answer to the question that everyone’s asking me is here. Mark your calendars and save the date. @SachinTheFilm releases 26.05.17.” After the announcement, the fans went crazy on Twitter and are already waiting for the month of May to arrive!

Now, there have been already many films during last few years based upon the lives of the sport persons. When it comes to cricket, there were two films based on the cricket stars, Mohammad Azharuddin (Azhar) and captain cool Dhoni (MS Dhoni.- the untold story). There was a lot of buzz of these films as soon as they were announced by the respective film makers. Infact, the heart-throb of Indian cricket Virat Kohli was excited like a kid for Sachin’s biopic! In an interview, he said, “Everyone knows who I idolised as a kid. He will always remain my idol because of who I came into cricket. I am very eagerly looking forward to the biopic on Sachin Tendulkar. I have idolised him. That will be something which will be very interesting (to watch).” 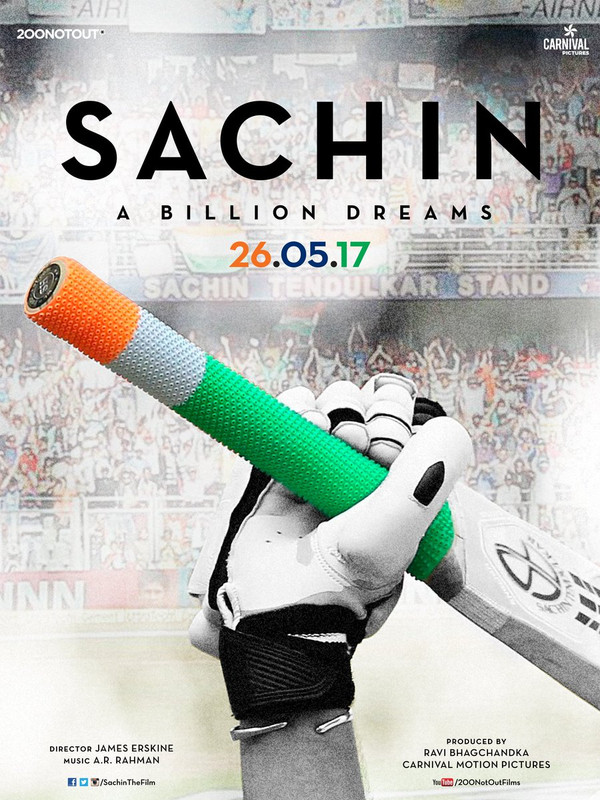 sachin tendulkar
@sachin_rt
The answer to the question that everyone's asking me is here. Mark your calendars and save the date. @SachinTheFilm releases 26.05.17


Well, as we can see the excitement, there is more of curiosity about the film as the film does not have any actor from Bollywood. in the films like Azhar and MS Dhoni, there were other factors such as romantic songs, drama and a bit of filmy touch to the biopic! In MS Dhoni biopic, there were also a lot of scenes where the face of the captain was replaced with Sushant Singh Rajput, keeping the rest of the footage original. While talking about Azhar, there were also some controversies regarding the portrayal of some cricketers and personal life. But now with Sachin playing himself, we may hardly see such things in the biopic

With a non-actor playing the role for his own biopic, it will be a whole new experience for Bollywood! No doubt the actors have done an amzing job playing the roles of the of the sport persons until now, but re-playing the life on the big screen is something very hard! But nothing is difficult for the God of Cricket Sachin Tendukar! We don’t know whether there will be any romantic tracks or any dramatic scenes but all we can smell is some serious work on the life and how of Sachin Tendulkar! With the new poster, we can already hear the nostalgic cheering of all the Sachin fans calling him out, Sachiiiiin Sachiin! Are you ready for this incredible journey?

Unlike MS Dhoni and Azhar, Sachin Tendulkar to play himself in biopic! - India.com

So realising date of the movie is so good , after the ipl and before the champion trophy.. hya