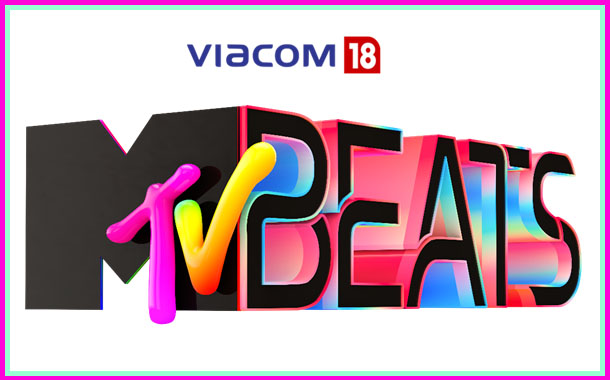 Viacom18 is all set to strengthen its youth and music portfolio, with the announcement of a 24X7 music brand ‘MTV BEATS’. MTV, a brand that defines pop culture, is also the brand that changed the way music was consumed. From introducing music television to India that defined an entire generation as the MTV Generation, to giving the country unforgettable shows such as MTV Unplugged, Coke [email protected], Dewarists and MTV Spoken Word; MTV has always been the ultimate word on what young India likes to tune in to. With MTV BEATS going on air soon, Viacom18 will now be offering its audience a one-stop destination for all their music needs.

Elaborating on the portfolio redesign, Sudhanshu Vats, Group CEO, Viacom18, said, “MTV initiated India into the experience of pop culture, making it a socially and commercially successful phenomenon. Today the brand is synonymous with being reflective of the country’s youth – their preferences, beliefs, opinions, desires et al. This presents us with the unique opportunity to redesign our Youth and Music portfolio to take brand MTV into sharply segmented content buckets within the genre. We will now be offering 3 differentiated experiences from brand MTV – while the flagship channel will be focused on youth and branded content and MTV Indies will continue to cater to the indie subculture, now, on the digital platform; MTV Beats, our first 24X7 Hindi music channel, will replace MTV Indies on air, with an eye to take the MTV brand to a more mass audience.”

Giving a deeper insight into MTV BEATS, Ferzad Palia, Business Head, Youth and English Entertainment, Viacom18 said, “India loves its music, especially Bollywood music. With MTV BEATS, we aim to give our audience a 24x7 music companion who fulfils all their music needs through the day. This is a channel aimed at 15 – 30 year olds across urban and rural India, people who love music and often imagine their day having a sound track of sorts. To give our audience’s life a unique beat, we’re working on defining the week into mood based themes and curating our playlists accordingly, thereby making music viewing a more relatable experience.”

MTV BEATS, while catering to all eclectic music tastes, will predominantly focus on Bollywood music and will soon be available on air.

1) It's mentioned that They'll rename X Zone to MTV Beats

2) They are also saying that they'll replace MTV Indies to MTV Beats on DTH and MTV Indies will be only available on Digital Platform.

kmb1000 said:
It's very confusing what actually they are going to do with MTV Beats

1) It's mentioned that They'll rename X Zone to MTV Beats

2) They are also saying that they'll replace MTV Indies to MTV Beats on DTH and MTV Indies will be only available on Digital Platform.

1). They had the license to launch X Zone but they changed this license name to launch Mtv Beats

2). MTV Indies would most probably be only available only on Voot(Viacom's Digital Platform) after Mtv Beats and Mtv Beats :hd will launch
K

Thanks for the clarification and information.

as i said xzone finally replaced by mtv music beats...