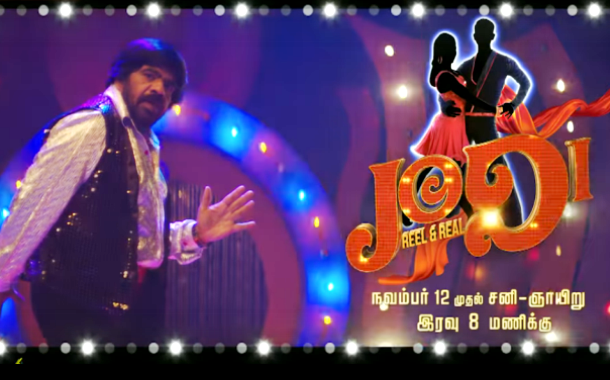 Chennai: Vijay TV is set to spice up the weekend evenings with the new season of popular celebrity dance reality show Jodi No. 1 with all new episodes in its season 9.

After a yearlong break, the most sought after reality dance show is all set to take the television world by storm from November 12th, Saturday and Sunday at 8 pm.

The show is known for the dance skills of the participating celebrities and how they coordinate with each other and the chemistry they share. Jodi season 9 will be hosted by the chirpy and gorgeous anchor Priyanka Deshpande. Along with her, joins Kureshi, the title winner of Kalakka Povathu yaru show.

Jodi No. 1 Season 9 will have two new celebrity judges; it features the scintillating actress Sadha judging this Dance show along with actor T Rajendhar.

Recent promo of this Jodi No. 1 Season 9 starring actor T. Rajendhar has gone viral with over three lakh views in matter of two days. T. Rajendhar with all his energy has given an eye catchy performance. Previously, we have seen him singing and acting but for the first time in television history, he has done some electrifying moves. Notably, viewers have gone awestruck to see him doing the Michael Jackson perfectly. TR has spread his everlasting energetic vibes all over the sets during the promo shoot and notably his back dancers were from Chennai’s popular dance team- dream team.

new show ‘Dr Tenali Rama’, inspired by the lives of the selfless Doctors of the world