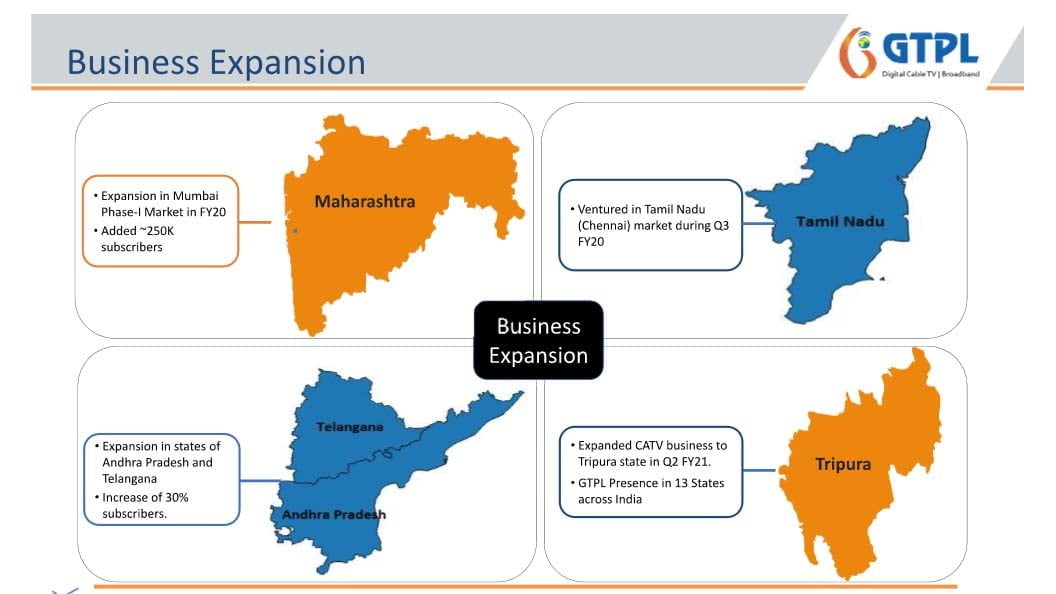 Gujarat headquartered cable television provider GTPL Hathway has expanded its business to Tripura in Q2 FY 21 as it continues to expand the reach of its CATV business in new territories. GTPL now has presence in over 13 cities across India with the expansions in Tripura.

GTPL Hathway had earlier this year revealed that it had earmarked 2-3 states in the North East for expansion which were big opportunities that it was evaluating.

GTPL Hathway continues to expand in states of Andhra Pradesh and Telangana wherein it has witnessed in increase of 30% in its subscriber base. GTPL Hathway in Q3 FY 20 ventured into Tamil Nadu wherein it is looking to make a dent.

GTPL had also expanded into Mumbai Phase-1 market in FY 20 and added 250K subscribers with the addition of SCOD.