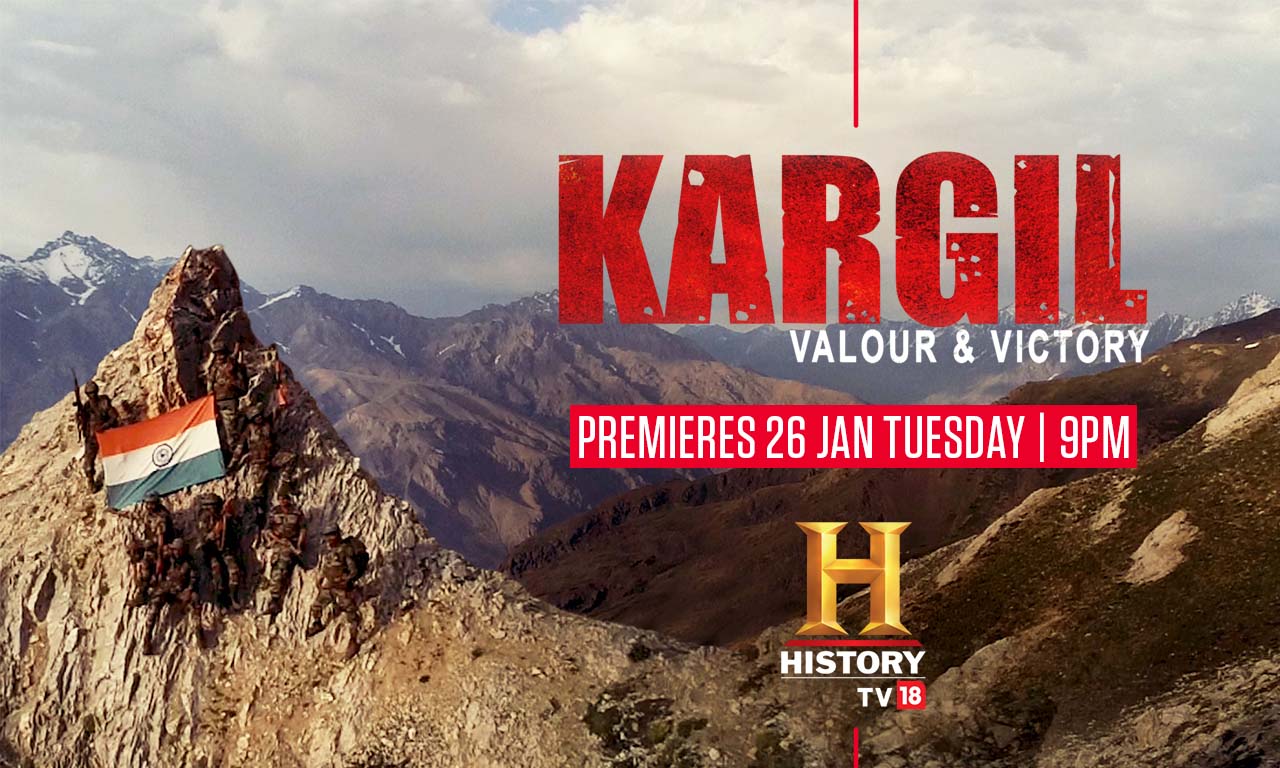 History TV18 is set to bring its viewers true stories of courage and sacrifice in the Kargil War this Republic Day at 9 PM. The channel’s new film retells the story of ‘Operation Vijay’ with dramatic recreations of hard-won battles on the arduous road to victory. The action packed ‘Kargil: Valour and Victory’ outlines the events of the Kargil War showcasing true stories of unflinching bravery and the actions of the five exceptional young menon the frontline whose actions have come to define courage and sacrifice for generations of Indians.

“Kargil: Valour & Victory is a definitive account of the historic events of the Kargil War and salutes the indomitable spirit of the Indian soldier. A special offering on India’s 72nd Republic Day. It’s a taut, genre-defining must-watch, with class-leading production values and storytelling. I’m absolutely certain that our viewers will find it gripping and inspiring.”

HistoryTV18’s new documentary is the latest in the set of world-class shows honouring the Indian armed forces. The documentary recounts acts of grit and sacrifice against a well-entrenched enemy occupying high ground. The films’ explosive battle scenes come to life with world-class production values and specialist filming on location in Ladakh. The battles of Toiling, Point. 4875, Tiger Hill, and Turtuk in Sub Sector West are recreated with HistoryTV18’s trademark rigour.