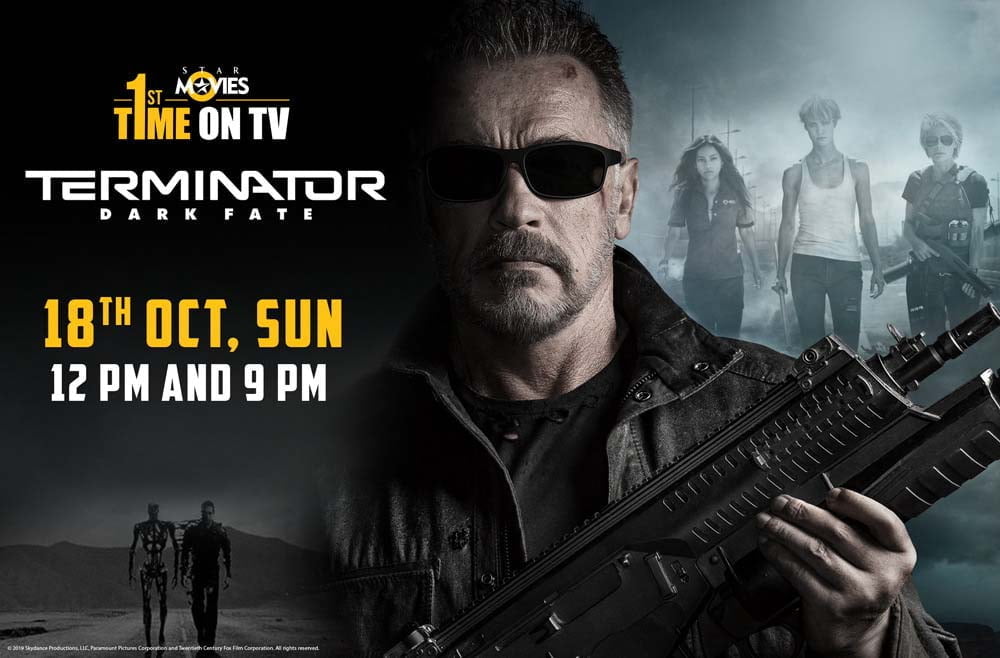 Star Movies will be premiering sci-fi action film Terminator: Dark Fate this Sunday at 12 PM and 9 PM for the first time on television. The sixth installment of the Terminator film franchise is a direct sequel to the Terminator 2: Judgment Day (1991) directed by Tim Miller.

The action packed thrill ride returns with Arnold Schwarzenegger who reunites with Linda Hamilton reprising their roles as T-800 and Sarah Connor after three decades. The film will remind you of the first two Terminators as James Cameron makes a comeback with the franchise a producer.

Talking about his evolving character in the movie Arnold Schwarzenegger said, “I was really delighted when James Cameron and I were finishing a motorcycle ride one day and he said to me that he had another idea for Terminator and that he wanted to bring Linda back. Then when he told me the story, and I could see that this Terminator is acting more like a human being, I was very excited because it’s the first time that I’ve played a Terminator in that way.”

The film involves the appearance of two rival warriors from the future with one of them sent to kill a human character who holds the fate of the world while the bad guy can split apart into two separate heavies.