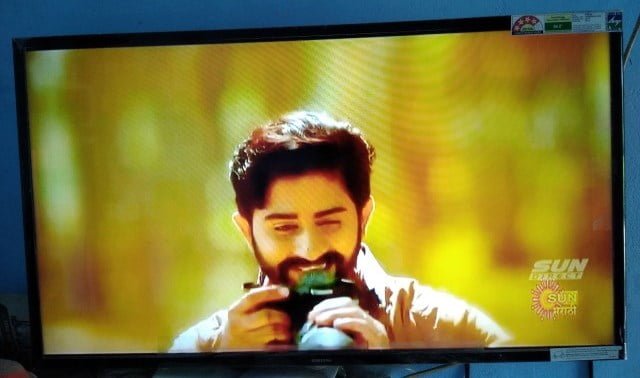 Sun Network has last week started the transmission of its slated to launch Marathi channel Sun Marathi. The channel has started running programs in its transmission. Nandhini serial was running on the channel with the Marathi dubbing.

Sun Marathi was initially planned to launch within a year of Sun Bangla’s launch which went on air this February. However last month SUN TV CFO S. L. Narayanan in an earnings conference call said that the Marathi launch had been indefinitely postponed because of the kind of situation which is now existing.

He also said that “We all had our view of the Indian economy booming and firing on all cylinders, so we are trading with caution now. We’re unlikely to go and make a big splash at this point in time. So well, please wait until you hear from us. For the time being, it’s put on hold.”

However more than a month after the statement was made the transmission of Sun Marathi has started. The channel is currently available exclusively on Sun Direct. Sun Network had renamed Udaya News slot as Sun Marathi on Intelsat 17 in February with the channel showing a banner saying ” SUN Marathi coming soon”.

Sun Direct had in February replaced Udaya News with Sun Marathi which was initially allocated the LCN 670. The channel was then moved to LCN 686 on Sun Direct on 7th February. The transmission seems to a test run. Currently, only two programs are running, one is a mythological serial which is showing Shiva most frequently and the other is Nandhini, it’s a South Indian dubbed horror serial. The channel is playing the first episode continuously without any ads or promo playing at this time. Only the above-mentioned serials are running currently.

Coincidentally around the same time, Sun Marathi started its transmission Sun Network took down its Reference Interconnect Offer (RIO) from its website saying that the RIO would be updated soon. The RIO is yet to be added back at the time of going to press.