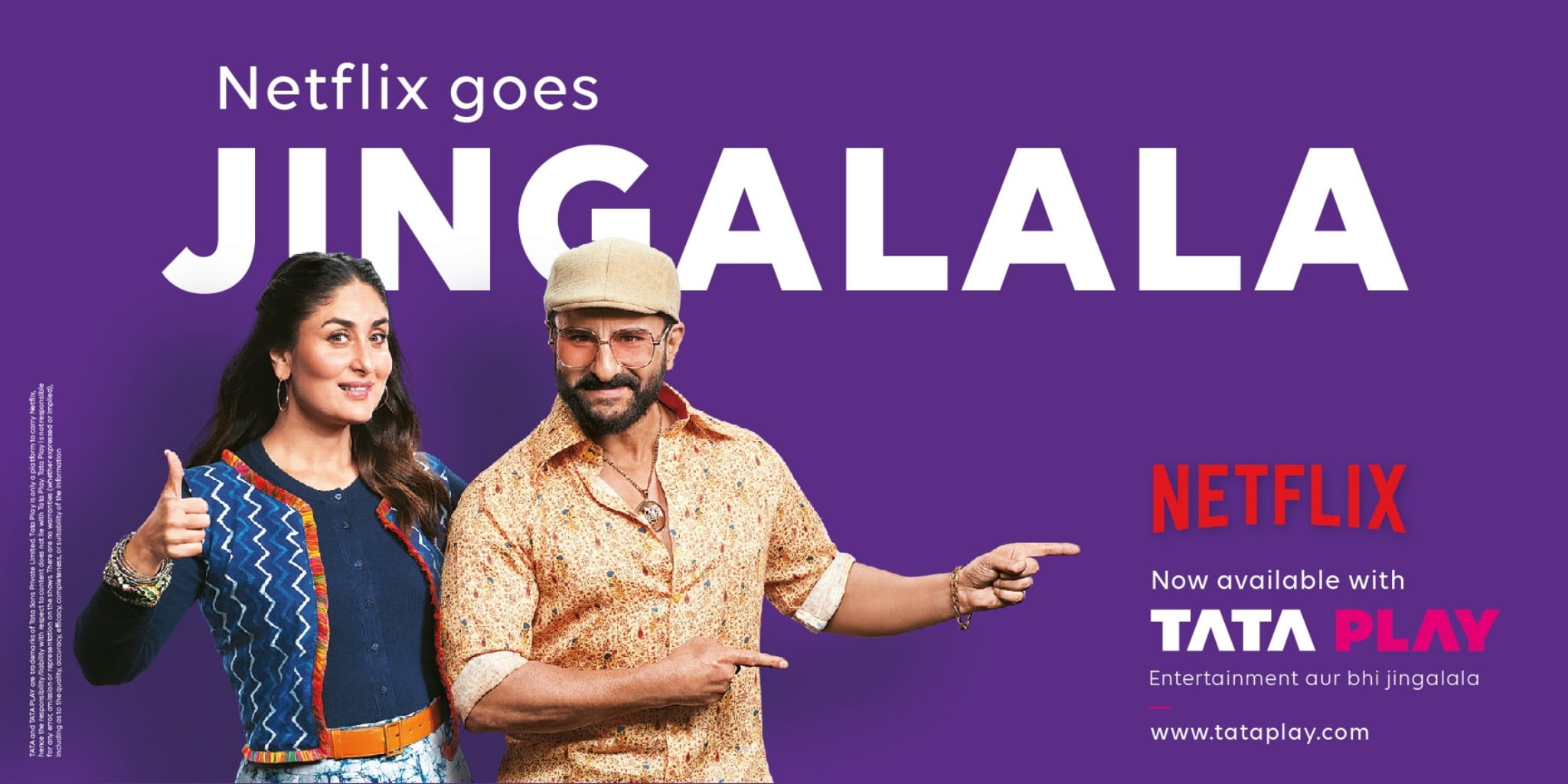 With the big rebranding of Tata Sky into Tata Play, the company has also fulfilled the heavily demanded wish of its customers i.e. addition of Netflix in its catalogue. Now the widely popular online streaming app is available not only on Tata Play Binge+ set-top box but also included in various Tata Play Binge Combo packs as well.

What are Binge Combo Packs?

The company claims it to be the first of its kind subscription that combines OTT and linear TV channels under one single package to offer the largest range of entertainment. A total of 90 bundles are launched containing a wide variety of TV channels in multiple languages and OTT apps so that users can easily choose according to their needs.

Which apps are part of Combo packs?

How will it be charged?

The subscriber will be charged on a monthly basis. Upon activation of these packs or at the renewal date, the cost for 1 month will be deducted from your Tata Play account. If a customer wants to drop it, then he must remove it before the next renewal date.

Switching to a different Combo Pack

Tata Play does allow users to switch from one Combo Pack to another on an immediate basis even within the billing cycle. On changing the combo pack, the amount of dropped pack for leftover days will be refunded and the one month price of the newly added pack will be deducted upfront.

Where can OTT apps be watched?

It can be watched across all devices including smartphones, laptops, web, etc. In addition to this, Binge Combo subscribers can also get Tata Play Binge Fire TV Stick at no extra cost.

Upon addition of Netflix Combo pack to your Tata Play account, you will receive an SMS on your registered mobile number with a unique link that will take you to Netflix to activate the payment method through Tata Play Combo. After linking Netflix to Tata Play, pricing will be adjusted by the next billing cycle for users with an already active Netflix subscription.

Netflix’s Basic, Standard and Premium tier membership is provided with combo packs. Subscribers are allowed to upgrade their tier by contacting customer service or through account settings. In such cases, users will be incrementally charged for the differential amount for the rest of the billing period.

Tata Play allows users to drop Binge Combo packs easily via the web portal or by contacting customer care. In case the Netflix Combo Pack subscription is dropped during the paid subscription period, the Netflix subscription will be terminated at the end of the monthly billing cycle of Netflix.

However, you should be careful while deactivating Combo Pack because Netflix will keep charging separately on a monthly basis through your pre-filled payment method until it is deactivated via Netflix’s website.

Subscribed to netflix combo..
It's simple Tata play will send a message after payment..with link
We need to click on link which redirects to netflix page where if we have an account with a active the payment method it changes tatasky combo method... And netflix asks if we wish to upgrade plan and soo... That's it it logins to our account