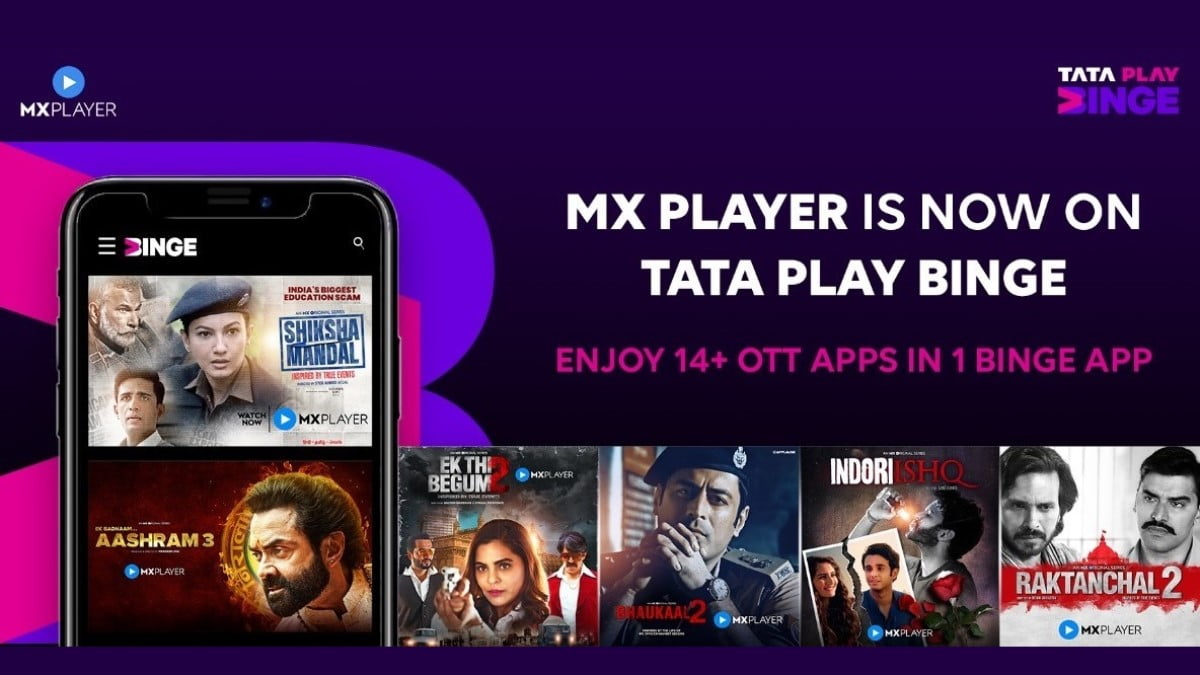 India’s leading DTH provider, Tata Play, has collaborated with MX Player to bring its content as part of the Tata Play Binge offering. The service will offer access to over 5000 additional movies and 800 TV shows across languages, including Hindi, Tamil, and Telugu. It is the 17th OTT platform the DTH company has added to its Binge platform. Tata Play Binge subscription with the MX Player package will deliver an ad-free viewing experience to its viewers.

“We now proudly host 17 coveted OTT apps under one roof and aim to create a unique and robust platform for all things entertainment through Tata Play Binge. Teaming up with MX Player and adding its rich content library to our OTT aggregation platform will bring great value to our viewers; and together, we hope to expand the viewership base of each other,” said Pallavi Puri, Tata Play Chief Commercial and Content Officer.

Tata Play Binge subscription starts at Rs. 59 per month. It is available for Android and iOS users via the Play Store and Apple App store. Users can also access it on the web or watch it on TV using the Tata Play Binge+ set-top box or Tata Play Binge Fire TV Edition.

Sumit is an author at DreamDTH. He covers news about DTH, entertainment, and more. When not writing, he enjoys watching movies and OTT content.

With Today's App update in Binge+ STB,MXPlayer TV app has been added by TATA Play