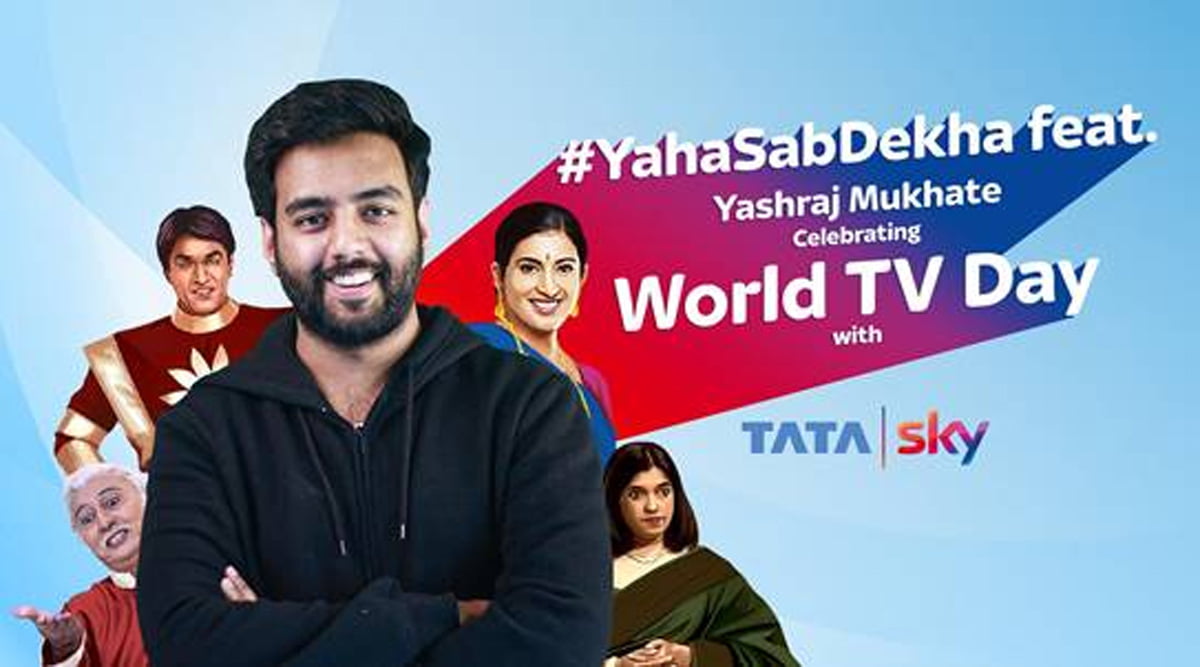 Direct to Home (DTH) operator Tata Sky celebrated the World Television Day with the launch of its #YahaSabDekha campaign conceptualized by Chimpz&Inc which featured an original mashup track from internet and social media sensation Yashraj Mukhate.

The campaign was released on 21st November across Tata Sky’s social media handles on the occasion of World Television Day. The campaign was simultaneously shared by Yashraj on his social channels garnering interest among the millennials with over 2.6 million views which is still gaining momentum.

“Television is the primary platform of content consumption in India and has been a source of joy and entertainment for the nation. This World Television Day, we celebrate the anniversary of TV- our constant companion through decades and pay tribute to the evergreen days of entertainment which every generation can relate to. For the campaign #YahaSabDekha, we have partnered with Yashraj Mukhate to deliver our thoughts in the most trendy and distinctive style that syncs well with our social media savvy audience.”

The campaign film used a mix of illustrations and real imagery capturing memorable moments and most-beloved characters and scenes from different genres of entertainment woven together with original lyrics delivering to promise a strike a chord with viewers and netizens.

Angad Singh Manchanda, CEO & Co-founder of Chimp&z Inc said, “The idea of collaborating with Yashraj Mukhate was in the pipeline for some time and World TV Day came as the right opportunity. #YahaSabDekha serves as a reminder to all of us that even amidst the plethora of options available for entertainment, the golden days of television remain unfazed and fresh in our memories. The song rendition is a testament to our childhood.”