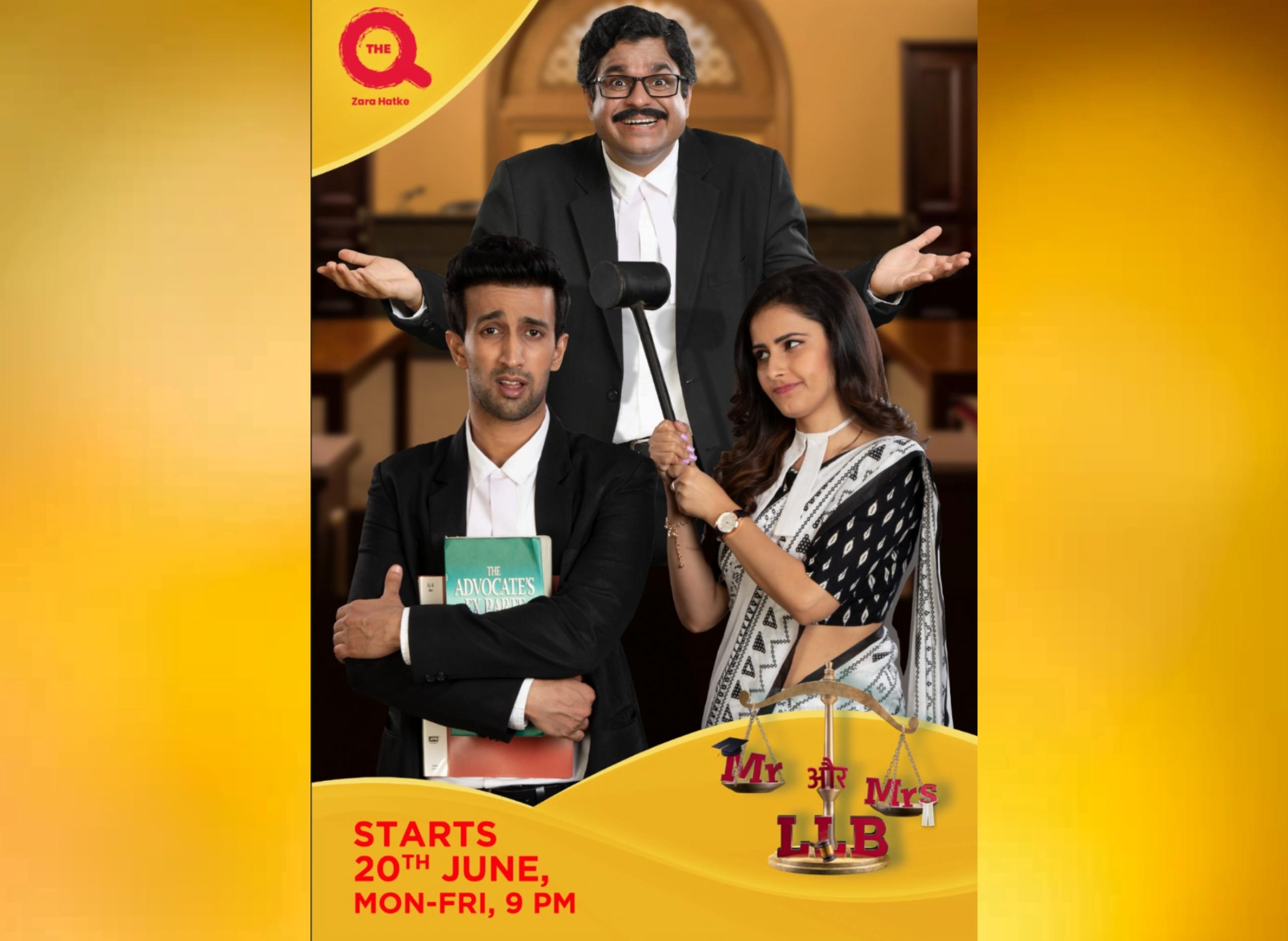 Hindi General Entertainment Channel, The Q is bringing an exclusive comedy-drama show ‘Mr Aur Mrs LLB’. The new show will premiere on Monday, June 20 at 9:00 pm and will subsequently air weekdays from Monday to Friday on The Q.

Both have contradicting ideologies and theories. Conflict and arguments between them will make the audience laugh. Adding humour to the plot there is a silly Judge Rajinder Chaudhary (played by Sumit Arora) who is seen having a soft corner for Payal’s honesty and integrity and a keen interest in Anirudh’s bizarre case arguments.

The plot twists and turns would be further heightened with more eccentric and funny characters such as the Orderly (played by Gunjan Sinha) and a crazy Reporter Khoji Bawla (played by Saksham Shukla).

Each story will spread across three to five episodes and is a satirical take on situations inspired from real-life settings. To promote the show, the channel will roll out a cross-media integrated marketing campaign helmed by the central characters – lawyers Anirudh and Payal Agarwal and the judge Rajinder Chaudhary displaying their quirks at their very best ahead of the show’s television premiere.

Speaking on diversifying the channel’s content slate, Simran Hoon, CEO, QYOU Media said, “Mr Aur Mrs LLB adds variety to our current offering with a mix of interesting genres, and characters. Each story is a one-of-its-kind narrative that will keep viewers gripped.”

Nice try. The Q. But keep trying don't do like bringing show in ages.