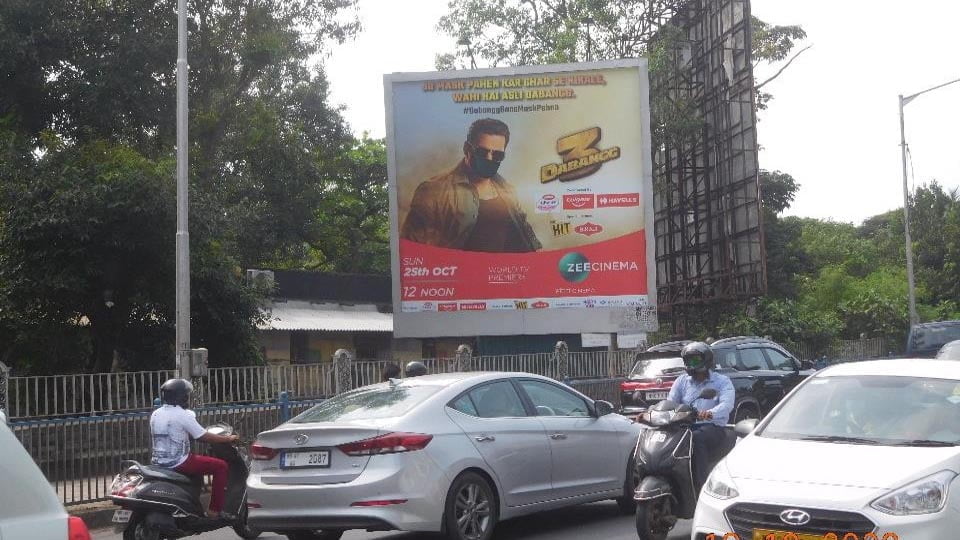 Zee Cinema is all set to telecast the World Television Premiere of Salman Khan starrer ‘Dabangg 3’ this Sunday, 25th October at 12 noon with a social awareness campaign #DabanggBanoMaskPehno urging the audience to wear a mask when they step out.

“Dabangg is home to me, I started my career in the industry with this film and am glad to have been an integral part of this franchise as it grew. It’s an honor for me and I am grateful for everybody especially Salman Khan to have shown that faith in me to play the role of Rajjo and giving me my first break. Dabangg is one of the franchises that has got tremendous success throughout and it feels great to be a part of that journey and build it along the way.”

Sharing her experience of working alongside Salman Khan, Saiee Manjrekar said, “It was like a dream come true, to be honest. With a lot of thrill and excitement came tremendous responsibility to be in the same frame as Salman sir and Sonakshi. During my screen test, I knew that the first take is going to decide my fate to star along with my childhood favourite artist. Even while shooting, it all felt surreal and each day I was on my toes to do justice to the character and the faith Prabhudeva sir and Salman sir had put on me. I got to learn so much from each one of them and I am glad to have landed this opportunity for making my debut with Dabangg 3. Nonetheless, it was one of the greatest experiences of my life.”

Zee Cinema has undertaken a series of high decibel marketing initiatives to promote the WTP of Dabangg 3 through the social awareness campaign #DabanggBanoMaskPheno. The channel kickstarted the OOH campaign for 7 days in Delhi, Mumbai, and Ahmedabad to spread the message with large cutouts of Chulbul Pandey wearing a mask and distributed sanitizers and masks to people who weren’t wearing masks to create awareness in 6 cities (Lucknow, Varanasi, Meerut, Agra, Kanpur & Allahabad) in UP.

The channel is further putting forth an engaging activity asking loyalists to share their ‘mask wali selfie’ along with the creation of a special video that celebrates and salutes the police officers of our country.

In pictures: D2H’s new Made in India Set-Top Box