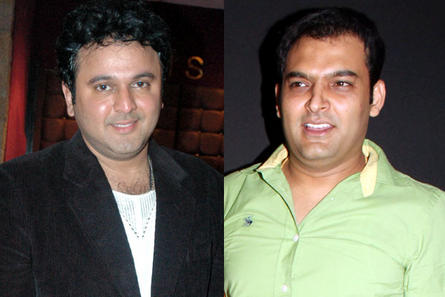 Comedy Circus Ke Tansen has finally drawn curtains after 17 rib-tickling episodes. The finale which was shot on June 12 was replete with entertainment and fun.

A source tells us, “Kapil and Ali won the finale, whereas Bharti and Abhijeet tied up for runners up with Krushna and Sudesh. The finale was hosted by Neha Dhupia and not Saumya Tandon, as the channel wanted a bigger face to handle the proceedings of the night. Comedy acts were performed by ex-contestants Swapnil, VIP, Sugandha, Rajiv Thakur and Shweta Tiwari. Ragini Khanna and Jay Soni came together for a gag and dance performance, whereas Shweta Tiwari also chipped in with a solo dance show. Neha showed her funny side by performing two different gags with Kapil and Bharti.

The next season of Comedy Circus will begin to shoot from July 5 wherein viewers will get to see lot of new faces, majority of which will be from Punjab. The name of the show is yet to be decidedAli Asgar confirmed the news and said, “I am glad to win this season. I didn’t have any aim of winning or losing but just wanted to enjoy and unleash my acting ka keeda. I played 17 different characters throughout the season and it made me feel satisfied as an actor. I won the first season and felt that it happened by fluke. Kashif was not allowed to perform here and I lacked a partner with whom I could connect. Eventually, I could match wave lengths with Kapil. I don’t really want to compare Kashif and Kapil, but just like my first love Kashif will always remain very special to me. I am glad and content that Kapil and I have won this season and now I am totally satisfied.”