Big Animation to release `Shaktimaan` and `Krishna` this year 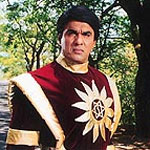 Chennai: Pune-based Big Animation (I) Pvt Ltd plans to release its TV serial ‘Shaktimaan’ in animation format and an animation feature film ‘Krishna’ this year while expanding its network of animation learning centres.

"`Shaktimaan` the popular television serial is being produced in animation format. It will be in two dimension (2D) serial of 26 episodes each of 30 minutes duration. The budget for each episode will be between Rs.7.5 million and Rs.10 million," CEO Ashish S.K. told reporters here Monday on the margins of a media meet.


According to him, the feature film ‘Krishna’ will also be in 2D.

Part of the Anil Dhirubhai Ambani Group (ADAG), Big Animation will also look at beginning work on the five properties/rights it had bought from Chandamama sometime back.

Ashish said the company will be expanding to 25 from the current 16 the number of learning centres where courses on animation and visual effects courses are taught.

The increase in number of centres would come handy as the company Monday announced its tie up with Annamalai University to offer a three year degree course - Bachelor of Arts in Animation and Visual Effects Film Making - through distance learning.

He said as animation requires high imagination and creative talent, the courses have been designed to nurture and sharpen these skills.

"Over the years, Annamalai University has made available degree programmes in various disciplines to students across India and overseas. The tie up with Big Animation gives us an opportunity to introduce for the first time a comprehensive degree programme in the fast-evolving field of animation and visual effects," M. Ramanathan, vice chancellor of the university, said.