Navya to get tangled in serious family problems 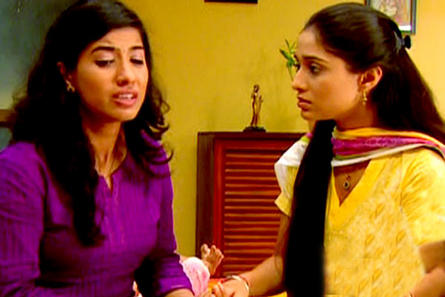 Navya was busy celebrating her newly found love but little did she know what is coming her way. Navya will come across some severe problems related to her family in the upcoming episodes of Star Plus show Navya.

Our source informs “Navya’s sister Renuka who is married to Gautam is at her father’s place. She has started feeling that her husband has lost his interest in her. In the upcoming episodes Renuka will be shattered after knowing about Gautam’s extra marital affair. She will go through an emotional turmoil. Renuka will think that this is all happening because she got married and pregnant at an early age. She will also grow differences with her family members. Gautam’s character will be turning grey and the extra marital affair will be revealed in the upcoming episodes.”

We spoke to Shruti Sharma (Renuka) who says “There is a disconnect between the two of us after I got pregnant I am really disappointed right now and I am hoping that things between us will get better with time. I don’t have any clue about the extra-marital affair since we are not informed about it.”

S
Discussion Will limited episode shows be successful in India if forced by MIB?