Here is what I feel is the orientation changes of Launch Capsule during release of satellites based on the real-time video.

Below, On left is reproduced an image posted earlier showing the photograph of Launch Capsule ( 4th stage ) captured from the PSLV C37 assembly video. It is superimposed with the symbol that we will use in this post. Little Red square is the location of camera that shows the release of Cartosat 2D and INS 1A and INS 1B. Blue and Yellow represent P+ and P- cameras respectively. 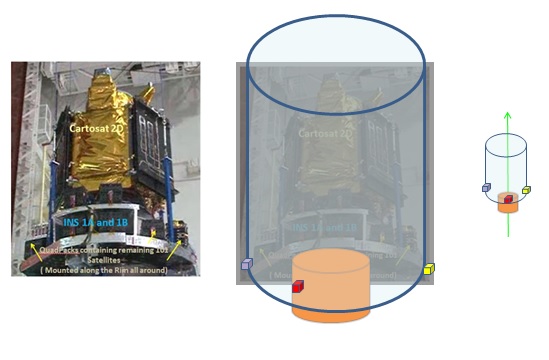 The symbol is superimposed on the launch geometry posted earlier showing the orientation of Launch Assembly in 3 orientations along the PSLV C37 launch path. 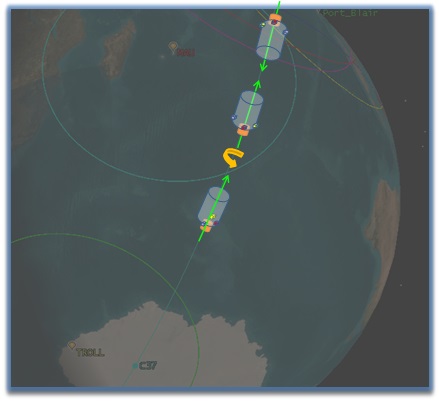 Only the Launch Capsule is shown below. Vehicle started from SHAR and brought the capsule in the position shown on top .. the Orange cylinder is the 4th stage engine pointed backwards. Within about 40 seconds after the PS4 shutdown the capsule is rotated so that the satellites which are attached to this assembly are facing backwards. alsothe capsule is rolled 1/4 th turn so that the Red square camera is now on 'left' of the path. 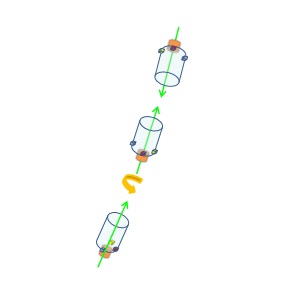