Soumita Roy out of Just Dance?

It’s the end of the road for Soumita Roy in Star Plus’ dance reality show Just Dance. Competition is becoming tougher as the show is nearing its end and the latest buzz is that Soumita Roy has backed out of the show due to an injury.

Our source informs, “Hrithik Roshan’s debut dance reality show Just Dance is just two weeks away from its grand finale. Unfortunately, Soumita Roy who charmed the judges with her beautiful expressions and classical dancing techniques will soon be out the show. However she is not getting out due to a bad performance but because of an injury. It was her decision to quit the show after the injury. The grand finale is scheduled to take place on October 1 and fans are wondering who will be crowned as the ultimate winner.”

who is Soumita Roy
If you have pics post it here... 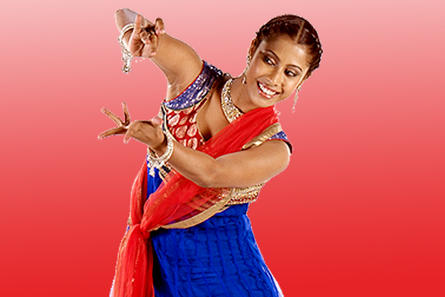 Ohh this one.. she performed Ishq Kamina last time when I saw Just Dance....
Its good decision I think.... :tup