In 2008, two GECs were launched that took the market by storm: Colors and Star Jalsha. Both became No. 1 within months of their launch. While Star Plus took back the No. 1 position in 2010 after the Rishta Wahi, Soch Nayi campaign, Star Jalsha held on to it for 9 years until Zee Bangla overtook it in June 2018.

Congratulations to Star Jalsha for making the Bengali audience ‘Chalo Paltai’ (let’s change) throughout these years.

Next Sunday is Zee Bangla’s 20th anniversary. But Star Jalsha plans to steal the limelight with its 10-hour Super Singer Junior Grand Finale marathon. Let us see who wins. 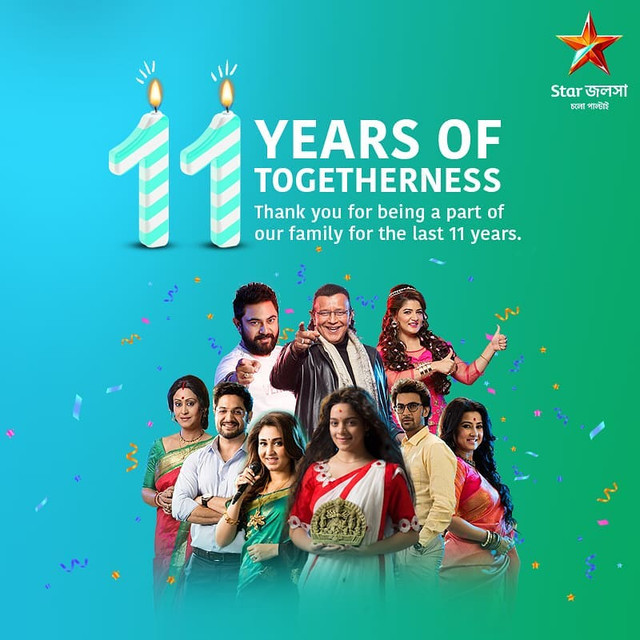 I somehow can't relate bengali serial on Star Jalsha with day to day bengali life. So more than one year never subscribed to this channel.

Optimus_Prime said:
I somehow can't relate bengali serial on Star Jalsha with day to day bengali life. So more than one year never subscribed to this channel.
Click to expand...

Yes that were gems.
But now a days shows , hero having 2 wife one girl friend at a time , granny is as young as newly married couple , daughter in law - mother In law both drinking and dancing in Pub..
Yar it's too much . We are not too much modern.

Congratulations to the whole team of Star Jalsha and all the very best for future journey!!!

Source
You must log in or register to reply here.